Even at best MS (360) had a hard time beating playstation (PS3) in its worst gen. Ps3 arguably sold more with one year less on the market.. so when did sony fail?? and when did MS won?? IMO Playstation has been a force to reckon with, since past 4 gen.. its just that blunder of PS3 launch and a year early launch made Xbox competitive against PS3. Playstation is such a strong brand that it survived those initial  mess up, but in the similar scenario xbox one struggled to even match PS4.

Not to mention all the digital games and back ward compatibility will give enough incentive for 80m consumer to go with PS5 next gen, Xbox currently doesnt provide any incentive as to why I as a consumer should jump ship, I am just not going to rebuy all the games that i have accumulated on PS4..

the only way sony can mess up PS5 is if they restrict backward compatibility in any form. like if its only digital and no disc based, something like on PS4, no Support for PS2 and PS1 discs! The biggest trump card MS is going to have will be their BC.

I don't think generations are over.  True, they will not be about gaphics anymore, but there will always be opprtunities for improvement.  Nintendo's two best selling"home" consoles of this century were both about advancing gaming in other ways besides graphics.

You really think that if Sony is doing a 2020 launch (as it appears from that quote, about crouching to jump high lateron, might indicate) that Microsft will launch a Xbox Two in 2019? The Xbox One X just came out like at the end of 2017.... you think that within 2years of its launch, there will be a replacement for the Xbox One X?

I dont think Xbox does that, it would be stepping on too many toes (those that opted to buy a xbox one x).

Why would the Xbox One X release date have any affect on the release date of Microsoft's next console?
It's not like Sony and Microsoft are building the chips that go into these machines.

Obviously. And not because of what Developers or Sony have mentioned.
We know because consoles typically spend years being designed, tested, iterated upon, improved and so on, it's common sense... Just like water is wet.

Really depends how the Playstation 5 resonates with consumers.

Yeah. You don't get to speak for Microsoft without evidence.

False. Clearly you haven't been paying attention to what is happening on the PC are you?

Witcher 3 wasn't built from the ground up to take full advantage of next-gen capabilities.

Microsoft can compete just fine. They simply screwed up this generation.

Are you sure it's Microsoft that has been spreading that "Propaganda" or was it just a singular comment that someone made at Xbox and the gaming community has decided to take it and run with it?

To be fair... If Microsoft didn't have the PR disaster that was the RROD, last generation may have played out differently.

To be honest. They could release the next gen Xbox tomorrow. I would be keen. The Xbox One X shouldn't have any influence on when the next Xbox comes anyway.

Considering the launch X1X I think it will be hard for MS to come before PS5 without making some damage to the brand.But they waiting to much after PS5 could make they lose timing and enter to late. They will probably launch close. 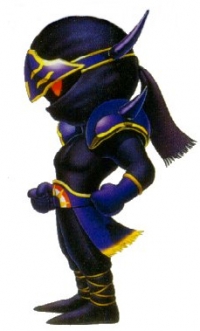 i think they will release the next generation around the same time period, both can't afford to let the start the oppenent their new system earlier...

The PS2 absolutely dominated the generation.

The PS4 is again absolutely dominating.

And while the XB2 won't repeat their mistakes (Forced kinect, horrible PR, costing more but being less) there are some mistakes they will easily repeat. They aren't building a lot of new studios. They are investing in timed exclusives more than actual exclusives.  They have no relationship with Japan what so ever.

Plus as far as console sales go, with XB releasing every game on PC - they will sell  less consoles. I am personally never going to get another one.

MS clearly as a company is moving into being a primarily cloud-services company. Based on comments from MS I have seen, I believe they see the long-term future of gaming as primarily online streaming-based, not traditional console-based.

This is all several years in the future obviously (at the least), but since Xbox is such a small portion of MS, they can afford to think more long-term.

So does Sony, that's why PlayStation Now exists, and is still expanding. It's a service that while not very popular or profitable now is being used to build the foundations of their cloud-gaming future, post-ps5.