Many new people won't know me, the "old" ones will most likely remember me as an unpleasant person to argue with.
I enjoyed my time here but this forum has gotten to a point where discussing isn't even fun anymore. The site is now even more favoring Sony than it always did, the selection of the mod team since the last months (and almost years) is a clear indication of that. But if your userbase is uneven, how can the moderation team not be? I don't blame personal favorites, though - no one can say he is objective when he clearly has a favorite "thing".
I have many good memories of this site and forum, I really liked arguing with ethomaz when he was not permabanned, as well as with other people, proving them wrong, showing them where their personal preference was stopping them for seeing what is wrong in their behavior and line of arguing, reasoning, whatever. One of my favorite threads was when ethomaz was arguing that Forza only sells because of bundles when GT5 was one of the most bundled games on PS3 ever - epic!
I will always grin when I see how people like GribbleGrunger try to pretend to be objective (on various sites, mind! neogaf (where he's juniored), n4g, here, just to name a few) but I also don't know if he now just admits that he is one of the biggest fanboys, perhaps besides Kerotan, on this forum. But guess what? That's completely fine! If they feel better when they believe they chose the "right" company to throw money at, so be it. It only gets unhealthy when we reach "The Order"-levels where Gribble was banned several times because people like me :) just presented facts about the game length and its shortcomings. I have to say that this was actually funny to observe

The whole thing around "the game of forever" was also strange to see, to be honest.
Either way, I think in the end discussions were not really discussions here anymore, also thanks to the moderation. The current state of users show a clear Sony preference, is almost only about console wars and reaffirming what people think about companies anyway.
I wonder how the site has statistics about the forum usage and active members who log in every day but I feel it's only a fraction of what it used to be when i registered here.
I can almost hear a gasp of relief that I'm finally gone and believe me - the same applies to me.
So, farewell brothers and sisters of VGChartz. I wish you all the best, don't take gaming too serious and have fun with gaming! That's what we all should agree with, right? In the end it comes down to have fun playing games, that's why we invest our time and money to them - not to argue with other people

P.S: And yes, the strange sub-culture of Nintendo lives on here but they never really catched my attention anyway - they always did their own thing anyway (at least in my perception) - I still hope the Switch will do good, though!

You should become an Atari fanboy. Soon, when the wonderful Ataribox releaases, we will take over VGChartz.

People only think this is a site preferring Playstation when they ignore Nintendo ... which you kind of just admitted to.

The Nintendo vs Playstation arguments are a lot more interesting then whatever could be said about Microsoft.

Still, I actually did think this was a Playstation centric site when I joined. I remember thinking that CGI Mod was a playstation fanboy. Hehehe ... my views were certainly funny back then ...

Is cgi not a Sony gamer^? Y'all be taking this pointless stuff to serious 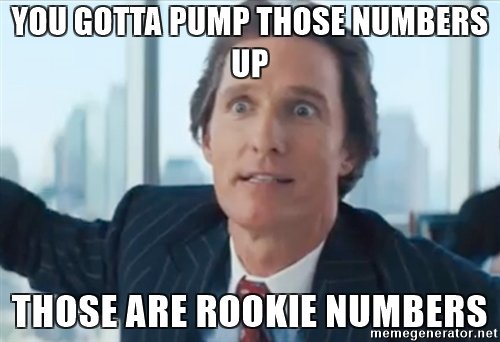 I always thought you and the other Cartman were the same person.

But good for you that you apparently have never visited the million Nintendo threads or else you might've quit sooner. Sony fanboys are bad but try to cross them with Microsoft fanboys and add both victim complex and superiority complex and you have Nintendo fanboys. And they vastly outnumber the Sony fanboys on this site.

Well, have fun wherever you go.

There is another cartman? Blasphemy!

Edit: Oh, Rol is still rolling? I think if he leaves, he shuts the door of vgc behind him.

Hey, take care of yourself.