Yes, and based on sales, most consumers have been squarely in the PS camp all generation. Thus my personal opinion is attempting to channel the thinking of the average consumer who bought the PS4 because it was cheaper and had bigger games.

I didn't say anything about laziness...

First it was the debacle that was No Man's Sky which Sony put its marketing behind. Then it was Sony's restrictive modding policy with regards to Bethesda's Fallout 4 and Skyrim games. Microsoft has been less restrictive in that regard. Then the PS4Pro not being able to play 4K Blurays which the XB1S can, Microsoft made sure to emphasize. Also, the PS4Pro being weaker specs-wise than the upcoming Scorpio, Microsoft doing a better job of implementing backwards compatibility, and even Microsoft claiming their gaming network is the better one (not sure how true that is).

Also, if memory serves (no pun intended), external storage on the PS4 and PS4 Pro is a hassle compared to the X1.

But you quoted my response to someone who was specifically referring to that (even going as far as saying that he had a point). So now, I don't know why you quoted me to begin with. 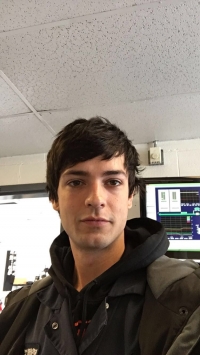 PS4 never stopped outselling xb1 by a long shot unless you're referring to globally in the US in which case Microsoft has won about 25% of the time here in the states.

And actually you should be extremely surprised with how this generation is going, considering you thought the Xbox would have a global lead over ps4 by this holiday, solely from sales in the US.

Globally in the US.

Yeah, we agree. The last three months Microsoft left ahead because of bundles, big game launches, discounts, etc. That's what I've been saying all thread: Microsoft is doing well because of exclusive content, new hardware that's relatively cheap, and bundles that include backward compatible games. How else would you explain Microsoft's success? 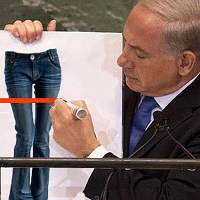 Where? Globally in the US?

That phrase will probably never matter more than it does now to these 8th gen consoles. Being that this is both their thrid holiday.

Last three times we got the same from the MS camo around the holidays. Same stories about sonys holiday lineup being weak. So stories about ms winning g black Friday or November or December. Then January comes along and it's back to Sony winning for the next 10 months.

And on the Sony camp, same let's wait for November and December. same winning a few months every year doesn't put you ahead. Same look at the global numbers. Same let's wait till January when things slow down and sales aren't being padded by other things then we see how the sales landscape really is.

This has all happened twice before. and it's happenning again. Let's see which one sticks now.

be rest assured though, it will happen next year too. when the scorpio is released lol. JEGA IS MY BOY!!!! DON'T YOU FUCKING ARGUE WITH HIM.

WE ARE JEGA WE ARE LEGION

Cheap as chips bundles and people waiting for the Pro. It will end soon.

A lot of the sales probably come from "double dipping". I own TWO Xbox One consoles but I kinda want an S. The "Upscale everything"feature is tempting.