Microsoft is in a unique position in the virtual reality (VR) space at the moment. The company seemingly doesn’t have its own head-mounted display (HMD) in the works, but has announced a partnership with Oculus VR that will allow Xbox One and Windows PC owners to stream console videogames into a virtual theatre inside the Oculus Rift. A partnership with Valve and its SteamVR system is also in the works and, of course, the company is working on its HoloLens mixed reality (MR) HMD. Despite all of this, Xbox boss Phil Spencer hopes that VR isn’t the future of the videogame industry.

Spencer said as much in a recent interview with Gamespot. “Well, now it’s just my opinion,” he clarified. “I’ll say, obviously we have relationships with Valve, we have a relationship with Oculus around the VR work that they’re doing, but I’m going to say I kind of hope not. It doesn’t mean I don’t think VR has great experiences to offer. I think it does, and we’ll find those, and people will love playing those. I love playing games in my family room with my kids. I love people coming together and watching what’s happening on screen and laughing, and the kind of fun of what video games were always about. That doesn’t mean that can’t happen in a kind of socially connected VR environment, but to me it would be too bad if all gaming became people with head mounted displays on, headphones on, kind of blocked out from everything that happens. I do think there’ll be great experiences there, but just kind of for the sake of what gaming is, I don’t think that should be the only way people play.

He continued, noting that VR might be better for specific types of videogames: “I think there will be certain experiences where that’s perfect. I don’t know necessarily if it will be genre based, but I just love me watching you play Mario and giving you ideas about where things might be, and we laugh, and we can kind of sit around and eat chips, and do things that people do. I think that’s kind of the basis of what gaming is about. I think there’s a place for VR. I think it’s really cool to see the innovation, like many innovations in the past. Gaming is taking a role in the forefront, because VR will touch more things than just gaming. Holograms and AR I think is a more complex space, but again, you’re going to find games will be there really stretching the technology like they have in so many other areas.”

While Microsoft might not be preparing its own VR HMD for Xbox One, its console competitor, Sony Computer Entertainment (SCE), is. The company will be releasing the PlayStation VR HMD for PlayStation 4 in the first half of next year. Will this give the console a major advantage over the Xbox One? VRFocus will continue to follow the industry closely, reporting back with the latest updates on them.

Personally, I find that a weird sentiment considering they took split-screen out of Halo...plus with them having relationships with Oculus and Valve, it makes it a weird thing to say.

On top of that, I always sort of assumed MS got caught off guard by the whole VR thing, and has been scrambling to catch up behind the scenes ever since. But maybe not? He doesn't have to hope it isn't the future, because it isnt.

Not to mention it isnt VR at all. Its a lie.

Even having that into account, while its these bricks you must put in your head, it will never be super popular.

VR won't be the future of gaming but will complement it nicely.

Spencer, you are so frigin' obvious it hurts.

It most likely is the future of single-player gaming.

Couldn't agree with him more. And fortunately it looks very unlikely 'vr' will replace traditional gaming any time soon, if ever. 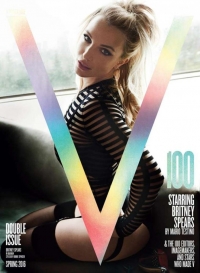 VR isn't going to catch on, Microsoft shouldn't waste their money trying to cash in on it. He's right, if VR became the future of gaming, it would be sad.

Also to the OP, gamers took split-screen out if Halo, not Microsoft or 343. I'll just leave that here....

Yeah, Augmented Reality is the way to go, huh, Phil?