Worst weapon you ever used in a video game?

Forums - Gaming Discussion - Worst weapon you ever used in a video game?

The Wabbajack from Skyrim. 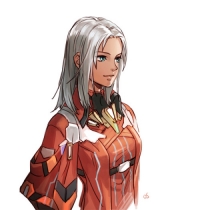 Tree branch or log from Fire emblem awakening. Those are completely useless

Well, after thinking about it for a very long time, I've come to this conclussion:

There's two terrible weapons I've used in a videogame, and they're so atrocious that I will mention both.

The Knife in Resident Evil: REmake. 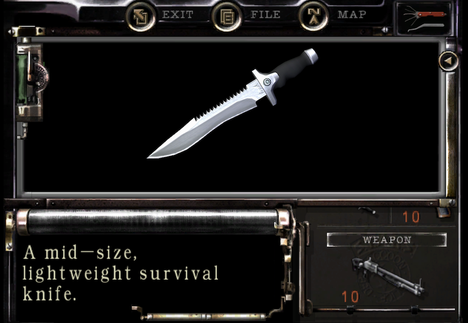 I can even begin to understand people who are able to tackle the "Knife-only" challenges in Resident Evil games. But actually, the original Resident Evil knife wasn't that bad. The REmake version? Oh my god. Good luck downing a zombie with it, and smashing him fast enough so that he doesn't recover and grab you, wasting a precious herb or something. And remember, killing them with this useless thing will also make them redz later, so good luck downing a Crimsom Head without receiving damage.

For me, this item has always been a waste on space. At the first sight of a supply crate, goodbye knife. I'd rather run - which is easier to do - than risking my life trying to beat someone with this thing.

I've never really understood the purpose of this thing. It deals little to no damage, unless you want to count its strange-designed area of effect damage as well. Think of it as a small explosion...that, well, doesn't really kill anyone, but rather annoy everyone around you. At a certain point in the game, enemies have resistance to fire, so it's even more useful.

I forgot to mention, you can only shoot it once, since it's a disposable weapon. And it takes one block of your inventory to carry around this thing. Well, I guess it can be lethal if you aim and shoot to the head, which can only be done with...every single weapon in this game. Seriously, what's the point of this thing?!

yeah saints row :P. and it makes some epic tunes but as a weapon i seriously dont like it 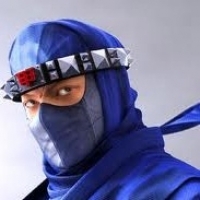 The vast majority of shotguns featured in games are effectively useless. My friends affectionately refer to any shotgun with an MoA in the thousands as "pellet swords". The saddest example has to be Doom 3. The original Doom shotgun was about as accurate as the real deal (with an open choke anyway) and is immensely satisfying to wield. But the super shotgun from Doom 2 was less accurate than a blunderbuss and Doom 3's was worse still (it's MoA exceeds a thousand!). There were times where I had trouble killing imps standing as close as twenty feet. If you are going to develop a game featuring real firearms actually use them first, there is no excuse for this. What kills me about all of this is the fact that in an attempt to balance overpowered shotguns many developers nerf their accuracy to the point that they are among the worst, if not the absolute worst weapons.

The Reaper from Perfect Dark 64

Console that will sell most: Nintendo Wii U

Who will sell more consoles between Microsoft/SONY: SONY

Raphael's Sai in TMNT for NES.

I actually use the Needler quite regularly. It is a situational weapon to be sure, but it works spectacularly in its sweet spots. Especially in Halo 1, where you can set off some amazing fireworks. In Halo 2 & 3 it's very effective against Brutes. About the only times I felt the Needler was useless was in Halo 1 & 2's multiplayer.

Building off the OP's example, Top Man's power. Sure, it can one-shot Wily, but aside from that it's hard to hit with, does mediocre damage, and usually just ends up with you taking damage.