Who is the one real Icon and Face of Pro Wrestling through history?

Forums - Sports Discussion - Who is the one real Icon and Face of Pro Wrestling through history?

Who is the one real Icon and Face of Pro Wrestling through history?

I'm sure that had a lot to do with it since they did a similar thing with Hulk's nephew Horace Boulder, although at least they did eventually end up bringing him in. Hogan and The Rock by a mile

The undertaker and "stone cold Steve austin" were the shit when I was a kid, to the wrestling fans I mean, was just grown men play fighting to me

How do I vote for The Hurricane?

You know when people do the whole "Wrestling is fake gaiz hurr durr!!!1one" thing I always wonder if they also go into every entertainment discussion and point out other forms of entertainment are fake? You know just in case we were having fun or something.

"Avengers is soooo lame, it's like dudes pretending to be suerheroes"

Reality shows are usually more staged than pro wrestling, but nobody talks about that in the same condescending manner...

Everyone has known wrestling was staged for decades, ever since it was at circuses and was called "Athletic Shows" you can find editorials that hint at the nature of the bsusiness, and just because you thought it was real when you were a kid doesn't mean you need to ruin it for others! 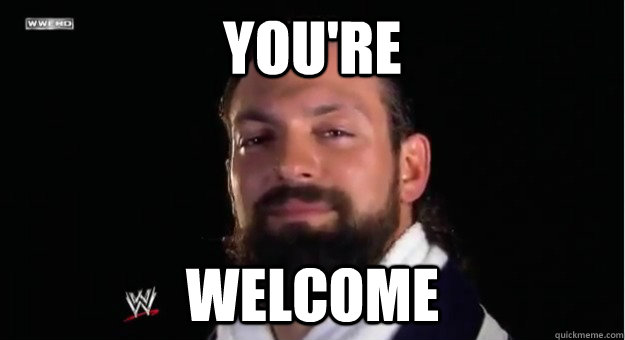 P.S. I voted for Hogan

Andre passed the torch to Hogan, Hogan was what made me love wrestling as a child.

Stone cold and Shawn Michaels were also favs of the day with the attitude era, Brett hart was a whiny bitch at the end.

I guess if there can only be one, then it would have to be hogan for me, I watched the in your house and summer slams with him fighting slaughter when he was in an Iraqi uniform back in the day and macho man never showed up to help until the end.

Then one of the bests matches with Mankind and taker on the legendary hell in the cell match, foley deserves huge kudos for that match.

Plus I think Ricky the Dragon Steamboat needs alittle love on this thread as well as Ravishing Rick Rude.

Hulk Hogan turned the wrestling industry into what it is today. He's the biggest name of the modern era and it's not really even that close.

If we're talking "history", though, then Gorgeous George is either at the top or a close second. He's the one that made wrestling popular in the first place and gave it a television following. He was the same kind of cultural icon that Hogan is. People really, honestly hated him. From Wikipedia: "By the 1950s, Gorgeous George's star power was so huge that he was able to command 50% of the gate for his performances, which allowed him to earn over $100,000 a year, thus making him the highest paid athlete in the world."

Edit:  Oh, and best wrestler?  Shawn Michaels is the best in-ring wrestler I've ever seen and Ric Flair is the best in terms of having the complete package.

Hulk Hogan is the single most famous, most popular, and most recognizable figure in wrestling history, period.

More people around the world know who Hogan is, over The Rock (who is rising in recognizability because of his movie career, but it's still not close), Austin, or anyone else on that list. Andre was close, Andre was well known all over the world before wrestling even went mainstream. He was popular in the late 70s and even graced the cover of Sports Illustrated magazine, in an age when no one covered wrestling because it was "for rednecks".

But beyond that, Hogan is still the most known and enduring figure of wrestling. It's really not even a debate.

It is annoying when people simply downplay what they do as "Its fake".

Come on, this shit might be staged but look at it. Look at it.