PS3 made the greatest comeback ever.

Forums - Sony Discussion - PS3 made the greatest comeback ever.

PS3 made the greatest comeback ever 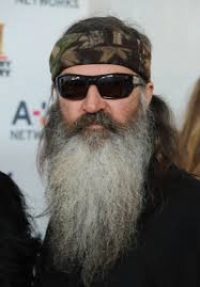 It was overpriced. Came out a year later. Was going head to head with the Wii, which was a "craze" when it released. Lost a lot of traditionally PS exclusives. Didnt have a good launch line up.

But..... PS3 came back. All the "PS3 is doom!" talk stopped around 2009. In 2009 KZ2 came out and was easily the best looking game on console. Infamous came out. Uncharted 2 came out and blew everyone away, winning multiple game of the year awards. Finally PS3 had its killer app. PS Slim + price cut happened and it was finally 'affordable'.  The PS3 was re-branded, and launched the "It only does everything" marketing campaign.

After being behind by about 10 million,Ps3 is now neck and neck with 360, and has surpassed some great systems like NES, Genesis, N64, and SNES. It's also set Sony up to be the frontrunner for next-gen winner. PS3 made the greatest comeback ever.

Nope. Here is the greatest comeback ever:

Not to mention the comeback actually resulted in a win.

It was a great comeback. But fact is, that slow start will affect Sony almost forever. Case in point, in the USA and UK Xbox is now the standard for gaming. Ms willmhave the best launch on those two territories.

Sony did great after such a weak start. Now they have to do better to be on par (saleswise) with MS. IMO nintendo had a great comeback. From the GC to the Wii.

Just like the PS2 was the standard the gen before?  Things change from gen to gen.  The only things that you can really count on is that the PS4 will take Japan and, most likely, EU overall.

The gen isn't completely over.  Wii is crawling, while the PS3 is still selling quite well.  In the end, the PS3 may take 1st.  If not, it will come in at an extremely close 2nd.

Yep, this is the first ever comeback in the history of gaming (console-wise).  When other systems have crashed and burned with so much against it, the PS3 survived.  I think this just shows how strong the PS brand truly is.  Not that they could survive this several times in a row, of course.  I think this only means good things for the performance of the PS4.

This. This is also another example of why the previous gen doesn't seal anything for the next.

Can't wait to see the 8th gen 3 years from now.

When you are in a dominant position, talk of a "comeback" is not a good thing to discuss.  It means you lost your dominance.

The PS3 was not overpriced at launch, it was too expensive - there's a difference. Seeing as how Sony's own blu-ray player retailed for $999 in 2006, the PS3 was actually a substantial bargain at $599. If anything the console was under priced considering how much Sony lost per unit.

You say that things change gen on gen about his comment on UK and USA then turn around to say that the ps4 will take Japan and Europe..... You contradict yourself. Good job by Sony in the last few years to recapture some of the market share that it lost. T-Mac eternal, that is indeed the best comeback ever