Forums - Gaming Discussion - What was your first console?

My first taste of gaming was the Atari ST :)

Then that was followed with the Sega Mega Drive + Sonic 1 but it was dead out the box :(

My stepdad took it to Sega Europe HQ to complain and they gave him a Sega Mega Drive II + EA Sports Double Header as a way of saying sorry.

Best bit was that we got to keep Sonic 1 as well. So that's an updated model + 3 games for the price of an original one. Happy days.

The NES. I had the Commodore 64 before that, but even though it was about as close to being a console as a computer can get, it cannot count.

Should be a poll!
Intelliivision. best memories: Dungeons and Dragons Treasure of Tarmin - all 99 levels baby, the platinum book ruled. And the shortcut my brother found in auto racing.

SNES!!I had a snes with super mario all stars super mario world and super the empire strikes back great times!! 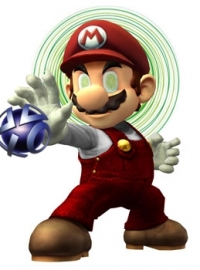 My father has had a Colecovision and an intellivision after. The first one they bought for me was a NES.

Although you didn't specify which ATARI

Why do you have to make excuses to defend a product that you purchased, but that's the only connection you have to it, you don't make it, you don't lose or gain money on it. I don't see where all of the defensiveness comes in, there is no reason for you or anybody else to feel obligated to defend it. Now I would understand if one of you were a developer for the product and you slaved over said product only to hear somebody call it stupid or a piece of junk. But none of you developed it, none of you are mature enough to realize that. Choosing a product all comes down to preference, you chose said product because it is best for you. Simple as that!