Amazing what they can do with an improved engine. CryEngine 2 was so poorly optimized...

Nice that they're controlling it on the PC and it also runs the PS3 and 360 versions at the same time. I liked the fuller looking sunrise/sunset of the 360 version when compared to the PS3 version.

Hopefully they'll also be optimizing their PC engine even more. I'm interested in seeing what they're next game(s) will be.

Of course anyone can buy a $199 Xbox and play the same game whereas most PCs still won't be able to.

The reality is, most PCs being sold these days use integrated video (Intel being the most common) which any gamer will tell you is completely inadequate for any level of 3D gaming with modern games. There's no debating this really. All those bargain laptops and desktops would require a discrete video upgrade (laptop users would be hosed), and naturally the more expensive the more impressive the visuals.

But that's always been one of the bigger virtues of consoles; the prices on the hardware keep dropping as the generation goes deeper, and developers continue to realize better and stronger efforts as they constantly push the hardware boundaries through experience and code optimization.

well CGI_quality they said it would run faster in the ps3.
because the engine it's built for parallel proccesing which the ps3 cpu excels at

EDIT: oh they are using a deffered rendering technique

and they develop on windows xp haha. 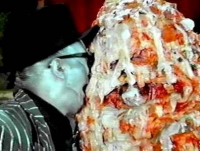 I Play Crysis on high/highest settings, as far as they have shown in this early demo, only difference really is the lighting and water.(reflections between the shore line, the way the water reflects off the ripples)

Also it looks alot cleaner/sharper, Hopefully they optimize the pc engine this time around =P

There are no stupid questions, just stupid people.

I suck at Lair because I can't move my hands...

I hope they succeed with licensing this engine to many developers, instead of everybody using the Unreal Engine.

I want to see RPGs made with CryEngine 3.

I'm really looking forward to seeing what can be done with this tech. It does look about comparable with what my PC can do with Crysis. Hopefully they've optimised the PC code more so it runs better!

I agree, an RPG using Cryengine3 would be amazing. I know Bethesda like to make and use their own engine but I'd love an elder scrolls game running on this. Ever since they showed that video of the Imperial City on Cryengine2. I hope developers make use of this engine now as I'm fed up of all the lazy Unreal engine games coming out.