It's idioits like you that put my job at risk every day.  You're 15 and clearly don't fully understand morality or the value of money.  I work fulltime to pay rent + bills and go to college fulltime - if I lose my job I lose EVERYTHING.  And yes, I can lose my job over stock loss - and like I said, it's always the employees that get hurt.

It is a shame that you are not ashamed about it. It just makes me wonder what other things you are able to justify in your own mind. Personally I would be very ashamed and disapointed with myself.

We live in a society and society creates rules so the rest of us can go about our business. Theft clearly is deemed as anti social behaviour and is not contrary to belief a victimless crime just because you did not see anybody suffering because of your theft. You should not be suprised that others do not respect you or go off on one.

Over the course of a year your band of little theives take what they want which by the end of the years equals a lot of money. That money then gets passed down the chain either via job cuts, price hikes or even store closures.

Supporting our morally challenged friend and referring us to do-gooders interesting and then for good measure we talk about human rights infringements.

If you do not get stealing is wrong then I hold no hope for you regards to human rights. It would be an interesting world were everyone just took what they wanted when they wanted it. I have a feeling that this may lead to just a few human rights issues.

The guy admitted to stealing I see no reason why I should sit here and pretend that is right or even try to justify it.

Well, to drag this topic from the depths of off-topic hell, I wouldn't necessarily take what that K-mart person said as:

1) Fact. Most Employees wouldn't really get to see stuff being scanned for the store. I'm pretty sure a big retailer like K-mart (they are big down here), would both to send a unit to each store to get it scanned there, given the types of inventory systems we hve these days. But don't quote me on that, it's my own speculation.

2) A Ps3 Slim. There's no guarantees that, assuming person was telling the truth, he/she was referring to a PS3 slim. They just said it was a new PS3 right? Could just be another PS3 phat with a different hard drive or whatever.

I don't know if it's wise to trust the store person.

I work for a large retailer myself and call BS on this as our PS3's are still active in the system. Along with someones recent admission I say this topic should be locked.

You need to stop stealing.  Next time you won't get banned, you end up in jail.  Stealing is a bad thing.

Stealing is for Pussies, get a real job and pay for WoW like the rest of the suckers (Like I used to before I went to rehab and quit WoW)!

Oh wait.......that is not the OP.......sorry.......anyway. KMart inventory "Not on File" doesnt really classify as news, but it was funny watching this thread get derailed by an idiot that bragged about stealing WoW cards

Point out where I said it was right? Please?

I'm derailing the topic? Really? Are you blind..? They jumped all over me, and where did I brag? Why are people putting words in my mouth, all I said was I did it, and I said it in the form that Walmart's security is seriously flawed if I got away 6 times, no?

I've already stated it's the only thing I ever stole in my life, AND I stated that I wouldn't do it again and that should be the end of it, yet people keep quoting and starting something else.

Your saying I am derailing the topic? I said "let it go" twice, it hasn't been let go yet.

To finalize it, I am not ashamed/angry that I stole/got caught, good, I got caught.. I got banned, that's the end of it, I don't know where I said that it was right,  welshbloke apparently saw me say it was right. More words put in my mouth, fantastic isn't it?

For like the fourth time in this thread now? I've already stated that I have no more intention to steal anymore, better yet, go back into walmart, I hate the store to begin with, ran by money-whoring idiots. And i'm not one of those assholes that tries something after they have been caught, Iv'e been caught, I've said I'm not going to do it again, leave it alone. 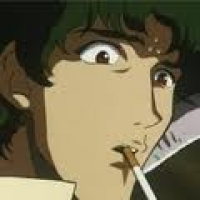 I used to steal stuff when I was a kid...I've even stolen stuff from my job...Not my current one...
I don't see the big deal here...If it was not ok to steal then Why would RockStar Make GTA games...System Of a Down encourages stealing...And so do I!....
Now if those WoW time cards have to be activated at the register....