Demon's Souls is a PS3 exclusive Action RPG from From Software. It combines a dark medieval atmosphere with brutal enemies and methodical combat. Released on Feburary 5 in Japan and Feburary 26 in Asia, it has been described as a spiritual successor the King's Field games. After launching in October 2009 in North America, there was no mention of a European release. Recently however, it was announced that Demon's Souls would be coming to Europe due to a partnership between Namco Bandai and SCEJ. The European version is being released on June 25, 2010.

Demon's Souls is all about learning to fight effectively or dying. No class is effective in all situations, or against all enemy types. There are little in the way of crutches offered. Combined with a feeling of isolation that's rare in modern video games, it provides an experience that is without parallel. 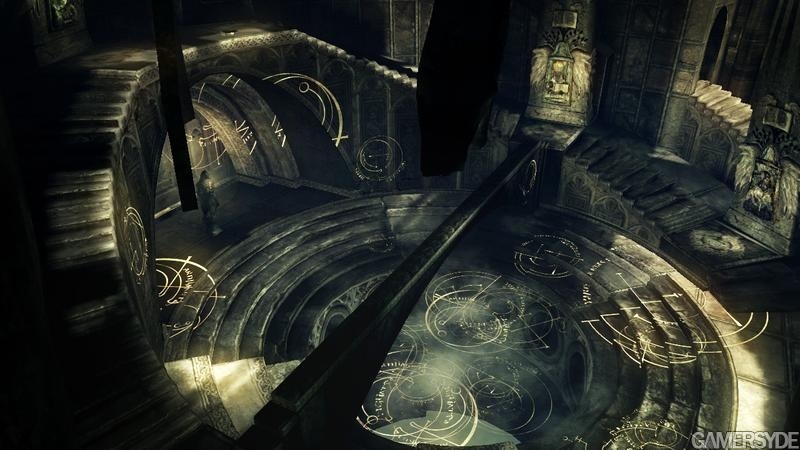 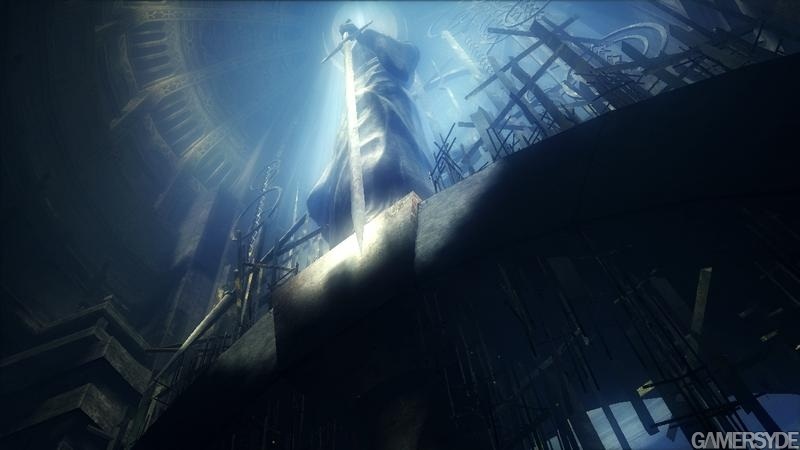 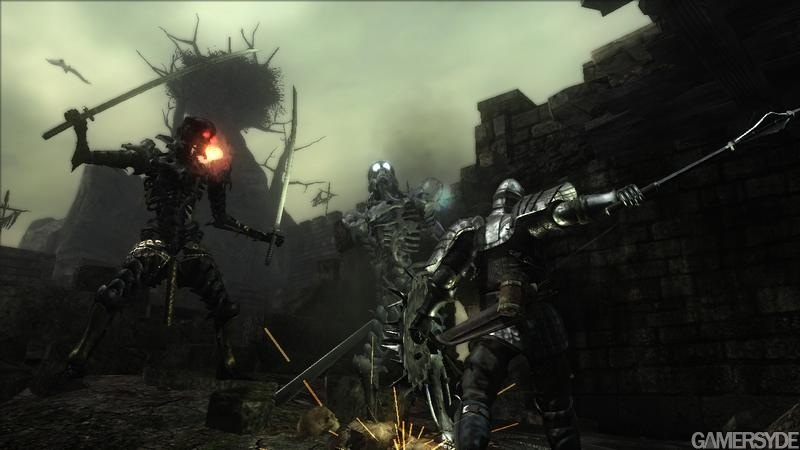 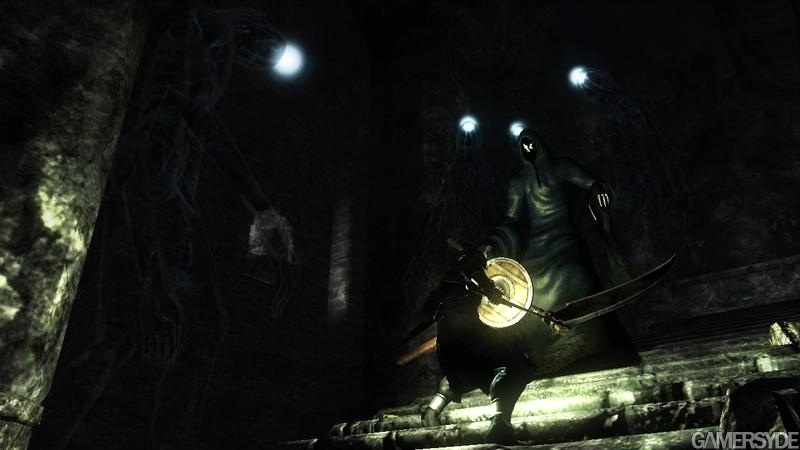 Boss Fight: Warning - Boss Spoilers in the video below if that concerns you

Famitsu reviewer Paint Yamamoto, rated the game 9: "This is a game you learn how to play by losing -- you'll face sudden death frequently. But! Keep playing... and you'll realize how deep it really is. If you're looking to experience rich RPG elements, by all means play Demon's Souls!!."

Famitsu reviewer Maria Kichiji rated the game 6 "It's super-difficult... 'Souls' are needed for everything from shopping to power ups, and the entire game is unforgiving. Even worse, there are almost no hints. Demon's Souls is far too stoic... it's not a game for everybody."

"Demon's Souls is a brutal, bleak action combat RPG that pits your lone character against a universe full of violent demons."

"Demon's Souls unforgiving mechanics border on the abusive. But stick it out, and with acclimatisation comes the realisation that From Software is trying to change the nature of dungeon crawlers, and that it's uncomprimising vision is nothing short of revolutionary."

"Those who can see it for what it is and appreciate what it does will find themselves knee-deep in adventure, never wanting to look back. Without question, Demon's Souls is one of 2009's finest titles, and an amazing, challenging journey without equal."

"[...] The enemy roster and landscapes are diverse and beautifully designed, the bosses are legitimately frightening, the challenge is high but the payoff is huge, and above all else, those who get sucked in will be there for a very, very long time."

"[Demon's Souls is] a compelling and ruthlessly well-crafted dungeon crawling romp with untold depth to excavate."

"Demon’s Souls is brutal, uncompromising, and infuriatingly harsh, but it is also rewarding, aspirational, and fantastically unique."

A: This is an action RPG from from software. While it's hard to find a parallel, I'd describe it as a hard, niche dunegon crawler with an emphasis on combat proficency, varied but desolate enviroments, and WRPG-esque gameplay. Usual staples of Action RPGs are nowhere to be found in this game, and the online mode (standard mode if signed in) features a great co-op and PvP system. Think like a hybrid console Diablo with far fewer enemies and rigorous, methodical combat that constantly forces you to adapt.

Q: Is this game going to be released in North America and Europe? What's the Release date?

A: Demon's Souls is coming to North America thanks to Atlus. http://www.vgchartz.com/forum/thread.php?id=73332&page=1

Q: Is this game in English?

A: The Asian and Korean versions have english text and english voice acting, and are the ones you want to import. Avoid the Japanese version. The only thing not in english is the manual. More Info here.

Q: What is the game length?

A: Realistically, first time playthroughs vary from about 40 - 60+ hours. Varies depending on how much you want to do and how good you are at combat.

Q: Does this game have Trophies?

A: Yes, it has trophies. See the list here.

Q: Does this game require an install?

A: There is no install.

http://www.gamasutra.com/php-bin/news_index.php?story=25238 - indepth demon's souls analysis. a very good read if you're unsure about the game.

I made this thread for people who have to the game to discuss, set up co-op, etc and to answer questions/entice prospective owners to buy it. If you are curious about something ask. I'll update it to add info as needed. Thanks for reading.

Edit Apr30: Added to the FAQ, About the Game, and Where to Buy sections

Completion times in the hall of records (forget exactly what it's called) vary from about 20 hours (i doubt you'd do that on a first play through) all the way up to 90 hours or more. I'd say this this is easily a 40 hour game, most likely more considering the difficulty and depending on how much stuff you want to do.

I'm not too sure if i like the idea of the game being very difficult... i feel this game will be in the same league as the Ninja Gaiden games, being fantastic and beautiful but unplayable (for me anyway) because of the insane difficulty and thus a total turn off!

Difficult games can still be fun, it just depends on whether or not there is sufficient atmosphere to get you involved in the game, and how much the punishment and death seems unfair. If you always die because of things you feel you should've seen coming then it can be frustrating, but you still feel compelled to try again with your new knowledge.

play-asia.com prolly best sight to try to import from, and can also request to be updated via email when in stock. Waiting for them to get thier next shipment so i can order it.

Do you play through the same campaign in co-op as you would in singleplayer?
And does it make it easier? Or is co-op some mindless killing like Resistance 2 co-op? Because I'd really want it to be the former, it reminds me of Diablo II's atmosphere.

Basically, once you beat the first level in the game, you can summon people into your world by activating a blueeye stone you find on the ground. Once you find your own blueeye stone, you can lay it down and be summoned into other people's worlds to help them. Co-op is the same as singleplayer, and is one way to reduce the difficulty if you're having a hard time beating a level or boss. It's a little more complicated than that once you start considering soul/alive forms, but that's a good basic explanation.