Well, BD consortium may well be content with this "second choice" success, as it would happen in a very enlarged market, so even not reaching DVD's share, it could possibly exceed its absolute numbers.

Anyway DVD is getting its maximum spread during the last 2-3 years (even more on PC's, as prices dropped first under the $100 psychological threshold), since commodity priced players first, writers after, started appearing. In the same way BD won't get its best until these same conditions are satisfied. But this is about drives, blank media will gain the same success as soon as they get cheap, because their capacity is a clear advantage, OTOH recorded contents could struggle  more if not heavily helped by the majors, as as long as a consistent price difference will exist between the same title in BD and DVD, most people will buy more expensive BD versions only for the best movies and/or those with heavier use of effects, or the best photography, etc.

Nice reasons, although i agree with "drpunk" on reason 8. I think one other thing you might need to factor in is blu-ray adoption rate vs. download adoption rate (ie. NXE). I can't see blu-ray losing from this point onwards. 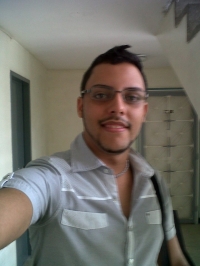 i think that reason 8 and 9 are not that valid like the other ones. 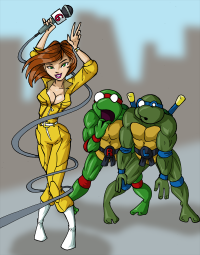 once every1 can afford DSL or when fast internet connection is cheap enough lets say $15-30 per month alone not including anything else then digital download will be big which eventually will i guess but of course there are people like me in the masses who like to collect dvds and who doesnt right so i guess dvds and blu ray will be around for a while but the main stream people like old folks, kids, casual people, people who dont care about quality, people who dont have blu ray players etc will not get blu ray anytime soon and that's the problem, so its about waiting it out and hope that these people come to their sense and one day want to see something awesome that has better picture and that might be for a while so sonys blu ray will have to wait it out.

Agree about some reasons being not so strong, some of them can help, but start mattering when most of the other conditions are satisfied, not by themselves. Reason 8 in particular matters only because Sony almost sacrificed PS3 for it and also because it owns a lot of big studios, simple Sony will and needs without all the resources, sacrifices and efforts it backed them with wouldn't have much effect.

I JUST WANT QUICK AND EASY ACCESS TO MY MOVIES WITHOUT HAVING TO MOVE AN INCH AFTER A HARD DAYS WORK! GIVE ME HARD DISK STORAGE CONNECTED TO A NETWORKED MEDIA TANK ANYDAY! MUCH CHEAPER TOO


"...the best way to prepare [to be a programmer] is to write programs, and to study great programs that other people have written. In my case, I went to the garbage cans at the Computer Science Center and fished out listings of their operating system." - Bill Gates (Microsoft Corporation)

"Hey, Steve, just because you broke into Xerox's house before I did and took the TV doesn't mean I can't go in later and take the stereo." - Bill Gates (Microsoft Corporation)

Bill Gates had Mac prototypes to work from, and he was known to be obsessed with trying to make Windows as good as SAND (Steve's Amazing New Device), as a Microsoft exec named it. It was the Mac that Microsoft took for its blueprint on how to make a GUI.

""Windows [n.] - A thirty-two bit extension and GUI shell to a sixteen bit patch to an eight bit operating system originally coded for a four bit microprocessor and sold by a two-bit company that can't stand one bit of competition.""

Blu-ray won the format war for this generation of media. Will it be a success because of it? That is debatable.

I have 30 HD DVDs, 1,000 DVDs, 20 Blu-rays, and 2 VHS tape media so I feel I am a bit of a collector. About 6 months ago I downloaded my first movie from Live Marketplace. I have only bought one physical media movie since. Why buy, when I can download and watch for much less cost and it doesn't take any space in my home.

I know a lot of people don't have high speed internet, but the ones that do should give it a try. I'm not going back to physical media again! To me, physical media is dead.