Forums - Microsoft Discussion - Rare says: We were working on Avatars "before Miis

This is, without a doubt, the best post you have ever made.

poor Rare why no one believes them? World is so Cruel

Listen champ.  I played Warcraft too (for two completely wasted years of my life), and I've played the Warhammer beta AND tabletop games.  Was guildmaster of a guild in WoW, that at it's height, was 31st in the WORLD in terms of raid progress, both horde and alliance.  Don't get your undies in a wad cause I said Warcraft ripped off Warhammer's art style and you can't see it.

The Warhammer 'universe' has been around for a long time, since the early 80's.  In the 90's the only reason Warcraft was created was because Blizzard was turned down on their pitch to create a Warhammer video game.

All you have to do is look at some Warhammer game books and miniatures, and you can see where Warcraft got its influence for art style.  Over time, Warcraft's artwork has evolved to be more vibrant and cartoonier than Warhammer's.

However, lots of people have played World of Warcraft, and not so many people are even aware that Warhammer was a tabletop game system or even existed before the 90's.   These are the people that wrongly accuse Warhammer of ripping off Warcraft's graphic style. (Although they are certainly ripping off a lot of UI and gameplay conventions, that were in turned ripped off from other companies by Blizzard)

Now we have successfully hijacked the thread topic completely :/

No one believes them because they lied.

Off topic. Warhammer devs were stupid for not letting Blizzard use the license, Warcraft >>>>>>>>>>>warhammer = crap.

And who cares if the universes are so similar, it's the gameplay that counts, and Warcraft wins.

Well, seems that you're the champ, not me...as I've never only been on 2 raids...but you stil ldidn't answer my question.

Anyway, back to my topic's title...If people want to get all excited about Avatars skimping off Wii...I don't see a bunch of people crying about Home looking like Second Life?  To all the people whining about Avatars, just stfu, since you can say this. what has nintendo DONE with Miis?  Play wii sports with my little mii that isn't very customizable?

The units, story, and setting for the first Warcraft were all ripped straight from Warhammer. I am not going to list every individual change for you. You wanna know well I can tell you the information is out there. Warcraft simply would not exist without War Hammer.

Actually no, being a raider in WoW makes you a loser :(  And for two years, I was as big a loser as you can get in WoW.  I am fully rehabilitated now though, been clean for almost 18 months

And I did answer your question.  Warcraft's original art style, and subsequent evolution, was a ripoff of Warhammer's art style from the tabletop books, miniatures, and concept art.  Not vice versa, as many claim.

both nintendo and rare are wrong
avatars been around for a good while now. 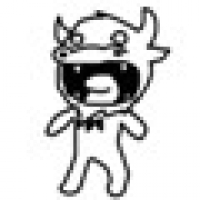 way to keep your dignity, Rare...