Now that we've had a couple of months for the ink to settle, it's time for a VGChartz Tricolour Turf War!
Which do you think is the best Splatoon game, and what about it makes it the best? 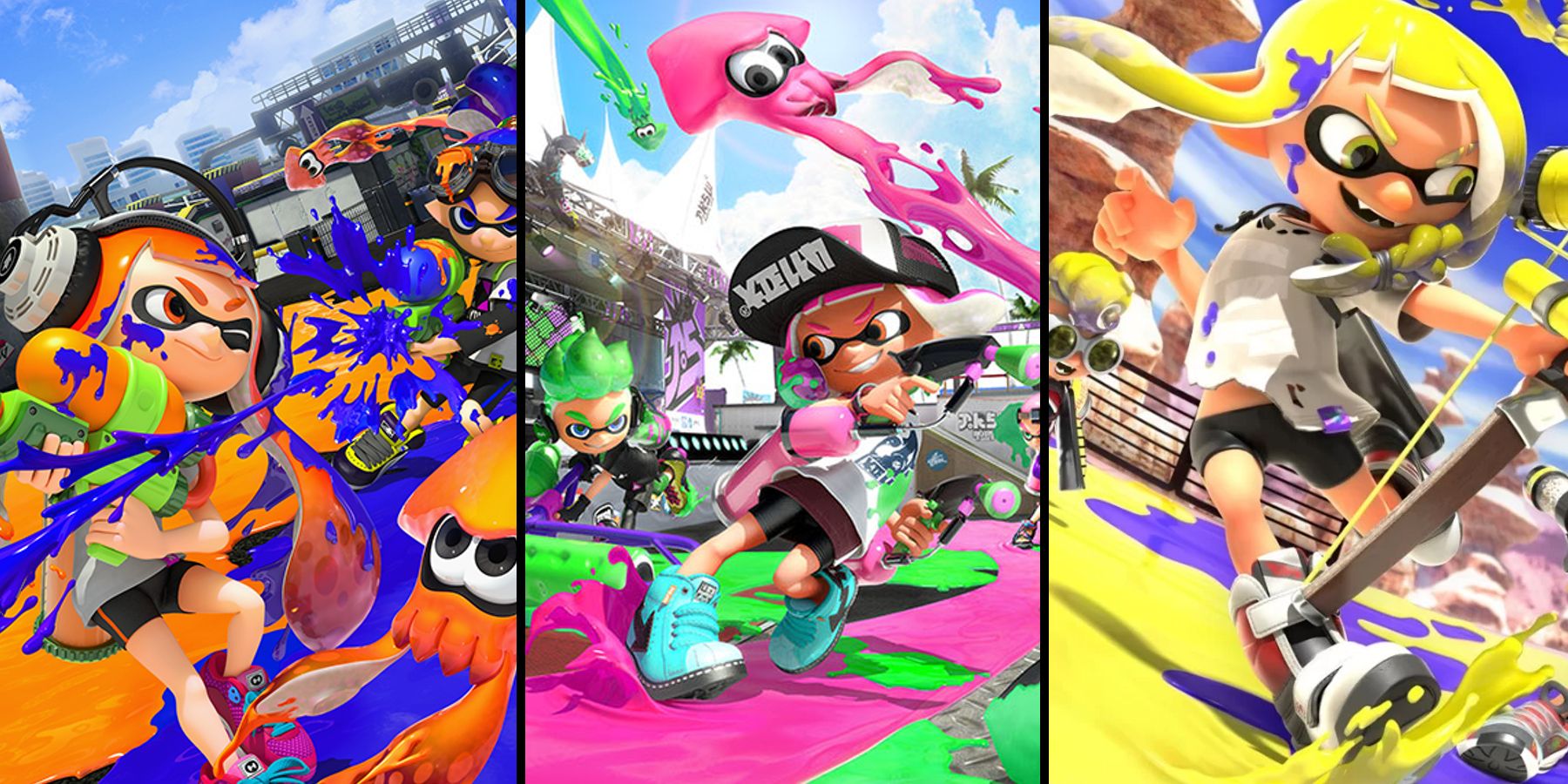 Splatoon 1 on Wii U was the best, because it had the best net code. You can see this how the ink of enemies appears on the screen. Splatoon 1 also had a tick rate of 20, but Splatoon 2 and 3 use a tick rate of 16, which is just not enough for an online shooter. For example Counter Strike Global Offensive uses a tick rate of 64 and Valorant even 128. Nintendo has to get rid of the P2P connection.

I haven't bought Splatoon 3 because it still doesn't use dedicated servers. Splatoon 2 and the Splatoon 3 world premiere demo were too frustrating because of the lag. You have a huge disadvantage if you use a LAN connection, because you upload your position faster than WLAN users. Actually you should have an advantage if you have the better internet connection. It's just weird and wrong. Nice game idea though. But the game goes in the wrong direction. Just look at the announcers. Callie and Marie were just the best.

Splatoon 2 had Salmon Run as a phenomenal new mode. Splatoon 3 doesn't offer any interesting new mode, so for me it's just more of the same. Turf war, splat zones and even tower control and rainmaker were all introduced in Splatoon on Wii U. The use of the gamepad was also excellent. From a creative and technical point of view the first game was the best in my opinion.

I don't know what is the best, but you know what isn't? The sequels. If you prefer any of the sequels or think they did anything, ANYTHING better than 1, you need to get a life.

Last edited by AngryLittleAlchemist - on 15 November 2022

Splatoon 3 easily better than 2. Haven't played 1 though. The only downside to 3 are the connectivity issues being worse.
The biggest reason for why I think Splatoon 3 is the best is the gyro aim working smoother and being more accurate than in any game I've ever played.

2 is the best one at this point. 3 has way too many connection issues and has less content than 2.

The content problem will be resolved with updates, but I'm less sure about the connection issues since 2 wasn't perfect either.

The more fleshed out campaign and quality of life improvements throughout really elevate the experience; it's got everything I like about 1 and 2, but more of it, and more refined.

The series has always had an incredibly strong core concept, and 3 feels like it does the most of the three to build on it.

I dropped off after 2. I liked 1 the most as I liked inkopolis in 1 the most. The OST and at the time such a fresh new feeling IP and some JSR vibes. Didn't have a lot to play on Wii U so I played it a fair bit. I did get 2 but never played much of it. The vibe was different and wasn't fully feeling it. Now with Switch not having the drought issues Wii u did, in fact the total opposite I felt not need to get 3 to fill in a gap.

For me it was the first. It controlled better thanks to the second screen (quick glance of map in real time, instant squid-jump etc), and the power ups seemed better as well. It also had free-online and Mii-verse connectivity. Just a terrific game. The second game was good too, but felt nerfed for many reasons. Just my two cents. Feel free to disagree.

I admit I have a real soft spot for the first game too, as it was just so wonderfully fresh (har har) and felt like nothing else out there at the time. Everything from its play feel to its sense of style was just so fun.
Also, the final boss especially is one of the books, just incredible. (Inkredible?)

Can't disagree with any points being made in favor of Splatoon 1 here. It had the best netcode by far, and the Gamepad's gyro controls were far more precise than those of the Switch Pro controller. Matchmaking was fast and the ranking system was fair and objective. Later games had more maps, more weapons, more versus music, improved battle modes and arguably better balance, but even in spite of all that, it's hard to argue that Splatoon 1 didn't have the best multiplayer experience. The netcode alone basically makes up for everything else, oh and also it was free. And as a bonus it also has the best final boss in the series, although the campaign overall is not as good as the latest ones.

Splatoon 2 has the best single-player campaign by some distance, albeit behind a paywall. It also has a functional version of Squid Beatz, unlike either of the other games. It had good music, good characters, introduced Salmon Run which was... fine? But online multiplayer was ruined by bad map design that put too much emphasis on short-range weapons and flanking, honestly it was a pain.

Splatoon 3 has easily the best map design in the series, a very good single-player campaign, dramatically improved Salmon Run with only one tiny change (being able to throw the eggs), great balancing that's bound to get better, and has a great vibe like the first game did, but very much different in style from its predecessors. For me it's the best game in the series, but it's ruined by bad netcode and the ridiculously long waiting times to get in a game. Hopefully the latter can be fixed, but I feel like the tick rate problem isn't going away until the Switch does. And hopefully the next console has gyro controls as good as the Gamepad did.