I totally forgot to get this thread up before NPD dropped so no predictions. October 2022 NPD covers the four week period of October 2 to October 29.

Check out the VGChartz article on September NPD figures below:

PS5 Best-Selling Console in the US in October, Modern Warfare II Debuts in First

The PlayStation 5 was the best-selling console in the US in October 2022 in terms of units sold and dollar sales, according to figures from The NPD Group. NPD includes the dates for the four week period of October 2 to October 29.

The Xbox Series X|S the second best-selling console in terms of units sold and dollar sales, while the Nintendo Switch Switch came in third in both categories.

PlayStation 5 and Xbox Series X|S in October 2022 have seen growth by the double-digit percentage. This is the fourth straight month of such growth. This was offset in the decline in other platforms.

"Hardware was the best performing segment during September, led by double-digit percentage growth for both PlayStation 5 and Xbox Series consoles. Year-to-date total video game spending across content, hardware and accessories is now 8% lower than 2021, at $38.4 billion."

He added, "[October] growth in digital sales and subscriptions for console and PC video game content, driven in large part by the release of Call of Duty: Modern Warfare 2, was offset by declines in mobile content and hardware. YTD spending has fallen 7% compared to this point in 2021, at $42.7B."

There were eight new games in the top 20 in October, led by Call of Duty: Modern Warfare II that entered the charts at the top. It is already the second best-selling game of 2022.

The launch of Call of Duty: Modern Warfare II was the main reason for double-digit growth in console and PC content spending. 2021's Call of Duty: Vanguard didn't launch until November.

Gotham Knights debuted in second place and after its launch month is the 14th best-selling game of the year. 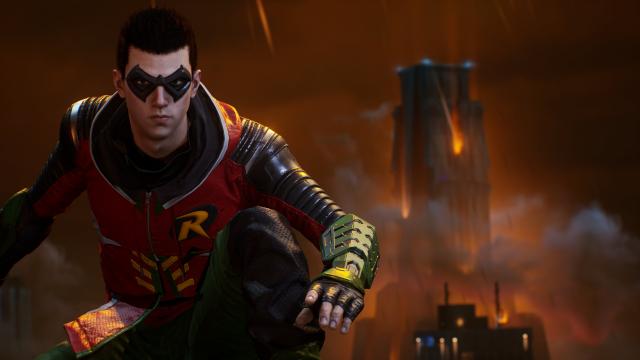 Here are the top 20 best-selling games in terms of dollars for October 2022:

Seems like the critical reception didn´t affect Gotham Knights that much.

Those MW2 numbers are frankly incredible

MW2 launch appears to be FAR bigger than Vanguard pretty much everywhere. I know what to get you for Christmas.

That probably wouldn't help knowing how I am lol. I've also been distracted dealing with a couple of health issues over the last year or so.

November and December should be pretty massive for hardware this year with Sony both upping their production significantly and setting aside extra stock last quarter, Xbox Series being easier to come by than previous years and Nintendo of course being at their strongest in the holiday as always.

Is that the first time the Switch has been 3rd place for unit sales? That kinda raises an eye brow.

For all intensive purposes, the Xbox Series X and PS5s are hard to come by, meaning no real, consistent retail presence. Good sales for both.