@Ryuu96 Your insight is strong here, Tomb Raider needs high development costs and talent that refuse to work lesser than what Square Enix payed? The next Tomb Raider might review bomb under Embracer group because I think the Shadow of the Tomb Raider engine is outdated will look like Xbox 360 like Rise of the Tomb Raider and noone Want's Tombraider graphically capable graphics that run on 7th gen hardware? IDK how many Crystal Dynamics developers left? Everything Embracer group bought trying to make a sequel has been extremely poorly managed. Square lost money even if Tomb Raider sold 3 or 5 million could not break even? Embracer group is gonna vault this franchise from cost and sequel failure.

@Ryuu96 Can Embracer Group Salvage this franchise is their a way or should they sell this costly expensive IP to someone willing take the hit in making Tomb Raider great?

I've been saying all along that Embracer Group is going to be a cautionary example in about 5-6 years. They're already stumbling out of the gate with Saints Row. But I will also say that it's been many years since Tomb Raider and Deus Ex have been top-tier franchises, and that started before Square Enix entered the picture.

My two cents: Embracer is "bulking up" some IPs and Studios for the ultimate goal of being purchased by MS, Tencent or other company. 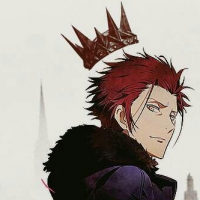 Arent they switching to unreal engine 5 for the next ?

I think the main reason they keep stumbling, is because they are keeping mostly hands off with the studios and IP's they've bought, instead of at the very least, keeping a sharp eye on what their studios are doing.

Saints Row is a tale of letting Volition hire whoever they wanted off the street, as well as letting Anita influence said studio (making her an outside party of non-hired influence), and Embracer keeping their hands off whatever it was Volition did, and as a result we saw Volition childishly throw backlash towards paying customers and previous fans (myself included) and Embracer still keeping hands off in the face of all that transpired.

Basically Embracer needs to take the gloves off and stop letting who they've bought run the circus, otherwise you're going to see more devs thinking they run the show and running their mouths off on social media, while sticking to the worst possible decisions they could ever make that result in poor sales/reception.

I really enjoyed the last 3 Tom Raider games, especially Rise of the Tomb Raider. I didn't have a ps1, so I didn't try the original Tomb Raider games until years later, and at that point the graphics and controls weren't good so i couldn't get into the first games. I'll wait to see what the next one looks and plays like before I judge it.

Embracer Group is either headed for a buyout or an implosion.