Let's see if I can write a review.

Radical Dreamers is a short journey through the darkness, but a very enjoyable one!

Chrono Trigger and Chrono Cross are two of the most acclaimed games for SNES and PS1. Radical Dreamers, on the other hand, is kind of a forgotten gem. Maybe because it was never released outside of Japan.

The story takes place between the events of those two games. Think of it as a prequel to Chrono Cross. The game follows Serge, Kid, and Magil while they embark on a journey to Lynx's Mansion in order to steal the Frozen Flame, a very powerful stone that is secured somewhere inside the manor.

Instead of being a traditional RPG, Radical Dreamers is actually a Visual Novel. Everything is told across images, some few animations, and lots of text. In my mind, in order for a game like that to catch my attention, the plot must be really good. It's like a book, if you don't like what you're reading, you will probably close it and leave it in your shelf catching dust.

So, let's talk about the gameplay, shall we? 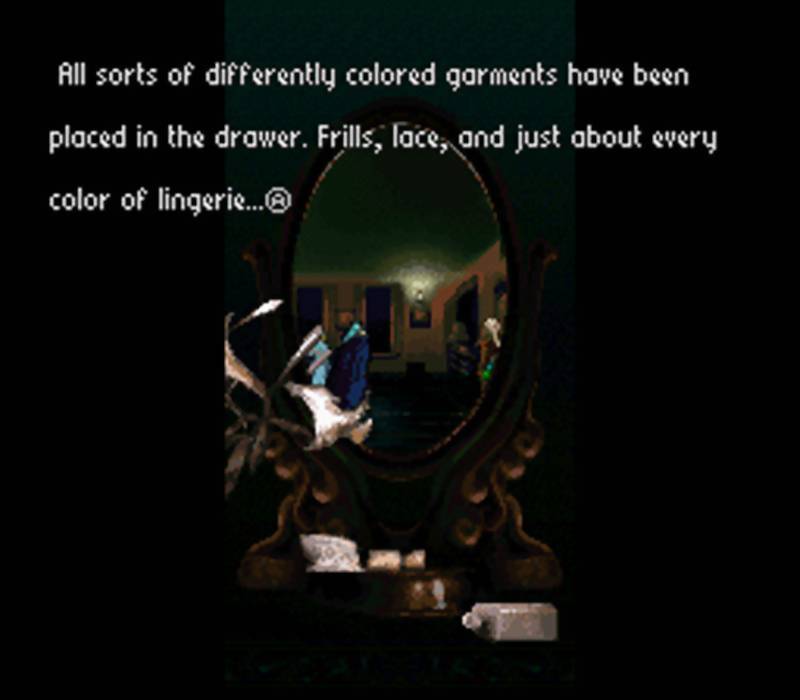 Like I said, it is a Visual Novel, so you don't actually play very much. However, at certain points in the story, you will have options to choose from a menu. It may be a dialog option, action, or a command for battle. Yes, we have battles in Radical Dreamers, and that may be a good thing or a bad thing according to your gameplay.

In battles you can attack, defend, run, or use magic. However, there's a "correct" option to use. I'll give an example: The party is attacked by a feral cat and you are given the options to attack or defend. If you choose attack, Serge will strike the enemy, but he will fail in the process, and get killed, resulting in a Game Over. This is all scripted. In this case, "defend" was the correct option, so you will have to start over and choose defend at this scene.

There are no random battles, everything happens at certain segments. Other than facing enemies, you will have to solve a few puzzles along the way, but all of them are about choosing options from a menu. Some of them are quite cool because the wrong options will give you a moment of fun.

Now, pressing the Y button along the way will bring you to the save screen. You can save almost the whole game. And I strongly advice you to do it often, because a Game Over will take you back to the title screen. If you don't save and die, you will have to start from the beginning, and that is a terrible thing.

Serge and his party will have to explore Lynx's mansion. So, you will have to input movements like "take the right path", "take the left path", "open the door" or "turn back". Fortunately, the mansion is not actually very big, so even if you get lost (what is pretty annoying in this game), you won't have to struggle for a long time trying to find your way. 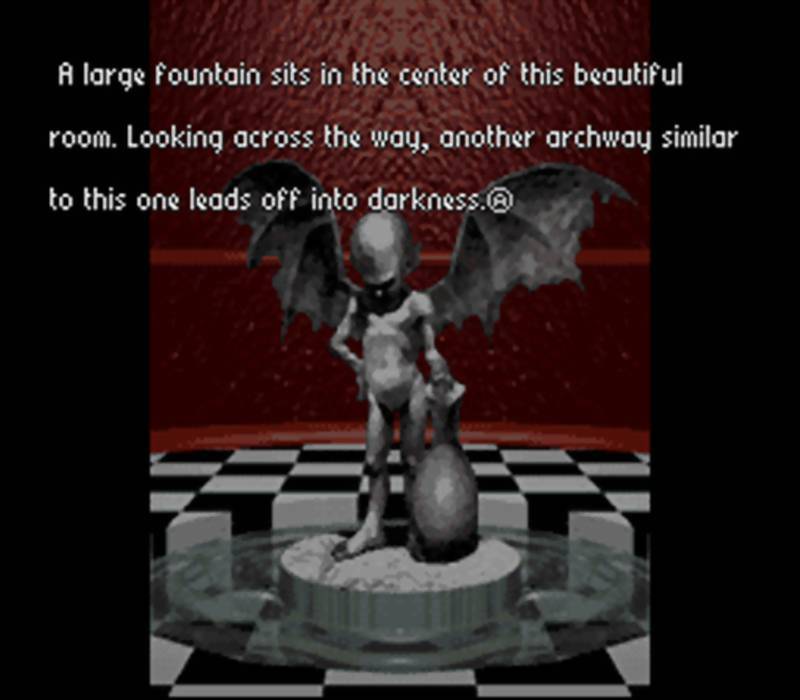 I'm not sure if I would call Radical Dreamers an horror visual novel, but it certainly has its scary moments. That feeling when it looks like a monster will pop up on the screen. It never happens, but the descriptions in battles and traps along the way may be a bit disturbing. "I managed to slice it's throat. Blood scattered on the wall" "I hit it in the face, and it became a bloody mess" "We found a lot of bones in the way." Phrases like those are pretty common.

The art style also contributes to this "scary" feeling when traveling Lynx's Mansion. The game don't have a lot of animations, but the monsters and the creatures you find may give you a hard time sleeping. Okay, I'm overreacting, but you probably understood what I meant.

The soundtrack is very good. The music creates some tension along the way, and we even have the battle theme from Chrono Cross when fighting enemies. Like I said, fighting enemies may be cool, but since there are "correct" and "wrong" movements, some players may think they are just a stone in the way. It depends on your opinion.

Is that all? No, it's not all. Once you beat the game, you'll find out that there are 7 endings for the story. At your first playthrough, you will get stuck to a normal ending, but starting a new game after that, will give you new options that will unlock different endings. There are even joke endings, so if you feel like playing it again to find out those scenes, go ahead.

I wish I could tell more about the plot, but since it is the main focus of this game, almost everything will be a spoiler. So, I hope this review give you incentive to try it.

The Bad: Movement may be tedious; If you forget to save often, you may get screwed later.

Does the timing of the review have anything to do with the announcement of the remaster of Chrono Cross + Radical Dreamers ?

I saw the Chrono Cross + Radical Dreamers announcement, and thought: "Sure, why not?"

Would you recommend playing this before or after Chrono Cross?

It makes not much of a difference.

If you play it after Chrono Cross, you will know the characters better than they are described in the Visual Novel. But if you want to play it in chronological order, then play Radical Dreamers first.

By the way, Radical Dreamers is really short (spoiler about how long it is):

I loved it. I really like the suspense in this one, the entire atmosphere.