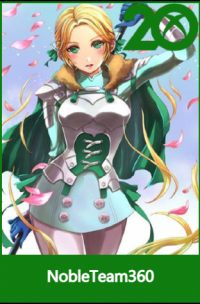 i have to agree.
I haven't played it yet, but I read a little about the controversies surrounding Cyberpunk ...
As with TLOU part II, this game will also be criticized for being focused on divisive themes from "in and out of the game"... Undoubtedly a testament to the polarized times in which we live, some will put personal beliefs in their reviews and possibly lose their impartiality. TLOUS II and Cyberpunk may be on different boats, but they are definitely on the same stream and river.

Great reviews but I'm going to wait and play this on PS5.

91 meta considering the bugs is a really good score. I imagine as time goes on and the bugs are ironed out, the meta will increase.

Does meta/opencritic take revised reviews into consideration and update them accordingly?

Excellent score although I have been reading it has a decent amount of bugs. To be honest, I rather wait for the ps5 version.

This is what I'm doing. Plus, you know, I still have like 20 PS4 games I definitely want/need to play before I get more games.

Jesus Christ...the fact some Gamespot writer gets lit up for a 7/10 score (translating to 'good') is precisely why 'gamers' get viewed as petulant children.

The problem with Gamespot is that people don’t understand that they have a totally different review methodology than most other gaming critics. I watched a podcast once and Danny O’Dwyer, who was a writer for Gamespot at the time, was the guest, and he explained that while most game sites only use the 50-100 portion of the scale (with a 50 being bad, a 75 being average, and a 100 being amazing), Gamespot likes to use the entire 0-100 scale like movie critics do, because they want game critiquing to be taken more seriously like movie critiquing is.

So while a 70 is below average for most critics, for Gamespot it is “good”, but not great or amazing. A 70 from Gamespot is equivalent to about an 83 from most other critics who only use the 50-100 portion of the scale. People don’t understand that and often attack them for bringing down the meta average of their favorite games. I think that is one reason why Danny left Gamespot and started No Clip, he got sick of dealing with the attacks over their scores.

Gamespot reviews are garbage that is why people dont like them, its not because of the review system.