Forums - Gaming Discussion - So... GTA V is coming to PS5/XSX

Wow, not even any sort of "Definitive edition" or remaster something like that? That sounds pretty bad tbh.

How many games get released in 3 consecutive console generations anyways? The only example I can think of really is FIFA 14 (which got released as the last ever PS2 game, the PS3 and as a launch game for the PS4. Though in fairness FIFA is more impressive in a way since it was released simultaneously in the 3 generations (which really speaks to the longevity of the PS2)

It will likely still sell 10 to 15 million a year as well. I wish people would just move on from this game.

Tori Amos:
And I rode along side till the honey spread itself so thin
For me to break your bread
For me to take your word
I had to steal it

Aren't people tired of this game by now?

I wonder how many people are going to rebuy it.

They just couldn't leave it could they.

Will you have to buy the game again or those who already have the game will receive a free update?

Should at least port the PS3/360 version to the switch with minor upgrades. Seriously how hard could it be?

I have the game on 4 platforms - PS3/PS4/Steam/Epic Games. Hard pass for me.

Really disappointed that they aren't even considering RDR remaster or re release on nextgen/PC. 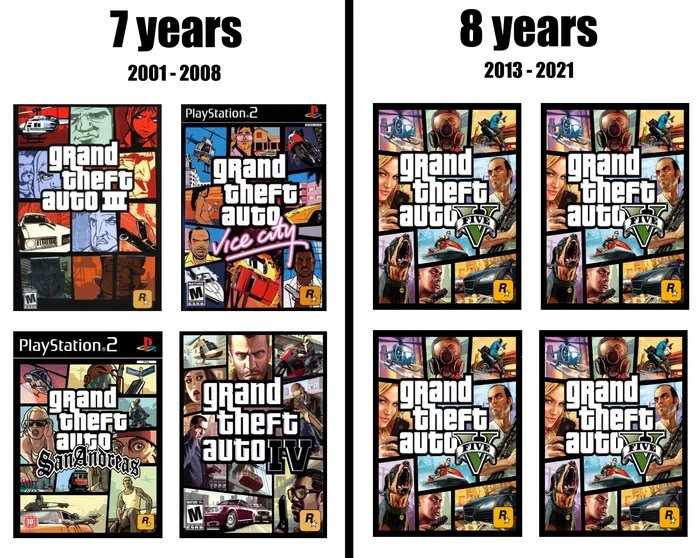