Severe Covid-19 cases over the age of 85 - 90 have dropped 50 - 70% since the beginning of vaccination in late January, according to multiple preliminary reports, here in Brazil. This would suggest a single dose of the Oxford/AZ or the Sinovac vaccines are proving to be effective in the most immunologically vulnerable age group, even in the face of the P1 variant, which is dominant in most states now.

These are absolute numbers of the entire age group (vaccinated or not), by the way; considering the prevalence of the disease has increased up to 40% among other age groups, the proportional reduction is more like 70 - 80%.

An interesting and very thorough article on "long Covid" and the problems both with studies and reporting by media outlets.

Weekly Update, Europe is not giving up, creating more cases :/

The USA is on the right track, Europe is increasing again. Both are still reducing the number of deaths.

Italy is somehow on top again. The rest is either stagnating or increasing.

Deaths are still declining at least. It's a race between vaccines and new variants popping up in this huge Petri dish of over 20 million active cases. Israel resumed its downward trend, the vaccines are working.

EU threatens block vaccine exports to Britain if it doesn't start getting vaccines from there. But EU's current main suppliers, Pfizer-BioNTech, would see their EU vax production stop within weeks if the UK responds with blocking raw material exports https://t.co/mYH1FTw2TI

Things are getting spicy. Does Germany still have millions of unused AZ vaccines?

It looks like the UK was counting on 10 million AZ doses from India that aren't coming next month, so that's potentially a greater issue than the EU vaccine ban. On the other hand, they are still on track to vaccinate all groups accounting for 99% of mortality (and 33% of the remaining population has had the disease) so eh, the most important work is done.

Also this is interesting, a test made with hamsters (which have a respiratory system very like ours) and the AZ vaccine vs. the British / South African variants: 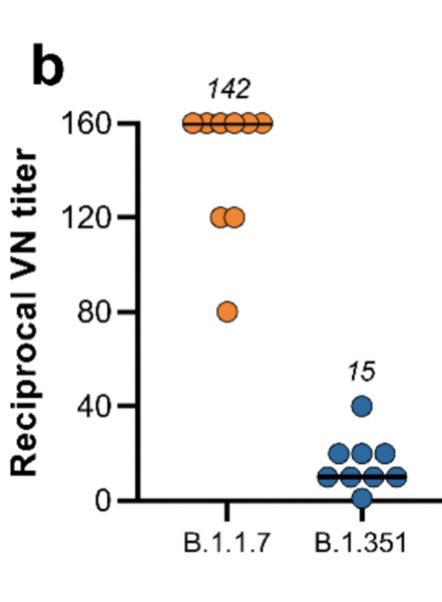 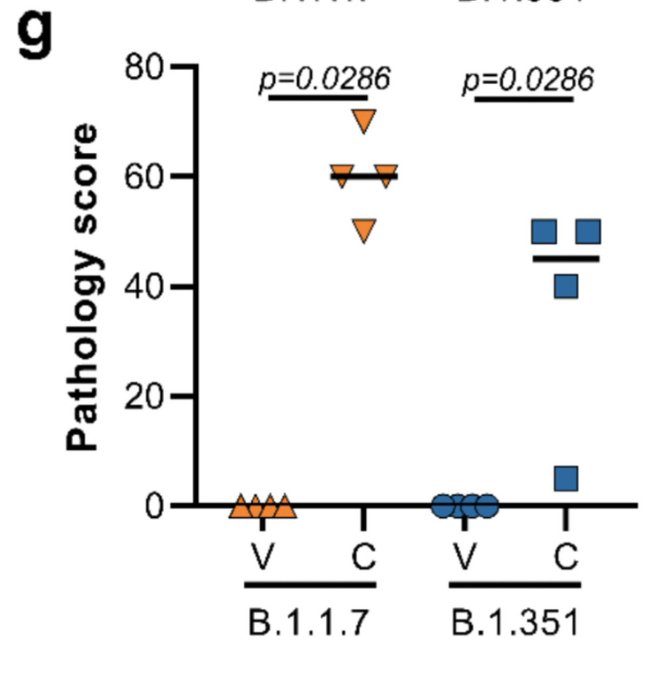 Looks like my luck has ran out, and I have to get tested tomorrow.

Weekly update, 3rd wave is underway. For some the second, others the fourth, cases are up across the board.

Europe continues to climb, the USA also started to increase again. Deaths are still down in the USA, starting to go up in Europe.

India looks particularly concerning, rising sharply. Brazil is on top with the biggest increase in reported deaths as well.

Although Canada is down a bit over all, my province is now pulling all the weight :/ We've gone from 1000 cases a day to 1600 cases a day and our local county will be back in the red zone on Monday. (More restrictions) Vaccinations are underway and currently everyone 75 and older is up, yet meanwhile our county is already tracking 23 variants, it all came in anyway. (Border now closed for over a year and still remaining closed with apparently too many exceptions)

Germany, Poland and the Ukraine are rising the fastest. Spain and France did not provide any numbers yesterday, the data for Europe is not complete this week.
All countries are up across the board except Italy reaching a the top of a new plateau while the UK is flattening out at the bottom of its curve.
Norway might have peaked as well, going down a day before the usual Friday peak.

It's been a good week! I got my $1,400 stimulus check on Wednesday and my first shot of Pfizer's COVID-19 vaccine on Friday.

I'm only 38, but I'm what's considered to be an "essential worker" since I'm employed at a grocery store, so I think that helped move me up the list a bit for vaccination.

The toughest part about getting the shot for me was finding a parking space in the parking garage. After that, they had you go down a set of stairs into a conference center and walk through a long line, at the end of which was your shot. They kept the line moving pretty quickly, as they were staffed not only by their own personnel, but also by people at the fire department and police. You had to have a consent form of course because you had to show two stamps on it -- one red and one orange -- before getting into the room where the shots were administered. One staffer gave you the first stamp after making sure the top part of your form was filled out and another further down the line gave you the second stamp after confirming your ID and the rest of the form. That process kept the line moving.

Once you got into the actual conference room, the staffer who confirms your stamps assigned you a table and there's somebody there waiting to give you your shot. You just answered standard questions about your health and get your shot. Then they gave me a card with a date on which they would text me with info concerning my second dose (April 9th for me) and had you go to the other side of the conference room where a bunch of spaced chairs were set up. You sat in one of the chairs for a designated amount of time to make sure you didn't experience a reaction to the shot, then you left, putting a sticker the shot guy gave you with your allotted leave time (mine was 12 minutes after the point of injection) on the chair as you left so they'd know which chair to clean. And that was it. Smooth as glass. There were a lot of people there, so vaccinations appear to be picking up steam. I would note though that it looked like I was among the youngest people there, at 38.

The shot itself was nothing. It was quick and it hurt a lot less than even like my annual blood tests do. 30 minutes later though, my left started feeling pretty sore, and I mean beyond just the injection site itself. After an hour or so though, most of the soreness went away. I've had no side effects other than that, if you can even count that. The particular muscle where I had the shot is actually still sore now, almost two days later, which is unusual for me when it comes to shots. It kicks ass that way. The amount of soreness though is minor and only noticeable when I raise my left arm above my head or try to do push-ups or something.

As to the stimulus check, you don't know how helpful it is for someone in my financial position to have that. After last month's power grid failure here in Texas, I, along with tons of other people, got slapped with an unusually high electric bill right afterward (because capitalism), which was devastating for me because I make so little money to begin with. I would've been in serious financial trouble without help of some kind. Now I can not only make my bills for this month easily, but furthermore I was finally able to order a PlayStation 5 in addition!

The U.S. appears to currently have the fourth or fifth-highest COVID vaccination rate on Earth, with about 24% of the population having received at least one vaccine dose as of yesterday. It's an absolute sea change from the first month after the Pfizer and Moderna vaccines were given emergency authorization when the virus itself was generally spreading faster than the pace of shots. One tries to avoid inserting too much in the way of politics into this thread, but it just seems like having a different administration has made a tremendous difference.

Just scheduled an appointment to finally get my first shot of the Moderna vaccine this Tuesday. Which means my second shot would have to take place around April 27th.

I still plan on wearing a mask though. All the vaccine does is make sure that YOU can't get it. That still doesn't mean you can't carry it and spread it to others who still haven't gotten it.