I'm starting the first one soon. (Played for about 20 mins so far just to test it out.)

Well, there are just more games in the series. You have the 3 Trails in the Sky games and then the 2 Crossbell games. The former 3 have been localized, but the latter 2 only have fan translations.

You can start at Cold Steel and you'll be fine, but the other games while not a direct prequel, it's all set in the same continent. Characters re-appear and grow through all of the games. You can read Lord of the Rings without The Hobbit, but there are things you'll miss without it. I don't feel like it's fair to expect everyone to play through all of the previous games, because that's a daunting task, but I think it's a good idea. Maybe if you like the first two games enough, you should go back and play the others.

I used to confuse Trails in the Sky with Trails of Cold Steel due to the similar names. Wasn't sure they were part of the same series.

When you say character re-appear and grow throughout the games, you mean there are characters from Trails in the Sky that are also in Trails of Cold Steel?

It's easier to think of the mini-series as the story of individual nations in the world. Cold Steel is all about Erebonia. Trails in the Sky is about Liberl. Zero/Ao no Kiseki is about Crossbell. They're all neighboring nations. 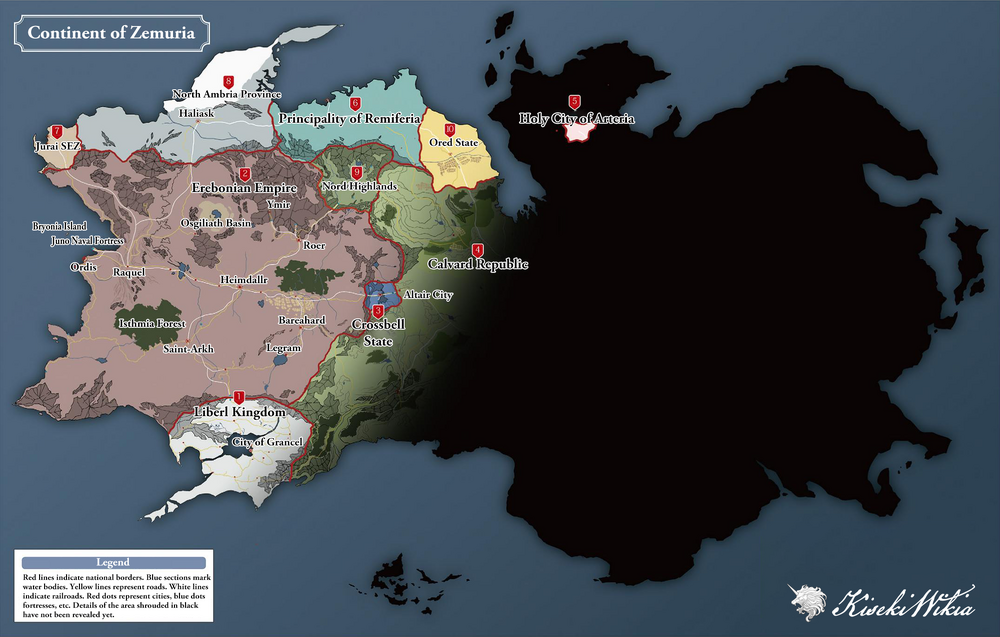 That sounds a bit like Suikoden, or the Atelier series. Which reminds me, someone told me a certain game series had mechanics from Suikoden, but I forgot what game they were talking about exactly. But I think it was either Trails in the Sky or Trails of Cold Steel.

I do like that sort of world building. And if I like the game, I'll look into the previous games one way or another. Whether I play them or look up the story online.

World and character building is fantastic in the series. So much depth and you can just keep pulling back the layers. The starting points I recommend in Trails in the Sky FC and then Trails in Cold Steel 1. Sky FC is a better starting point story wise, but it's quite old at this point and most people struggle with playing a 15 year old PSP game. So, Cold Steel is a great second option.

They better be porting the others as well.

NISA doesn't have the rights for 1 and 2. When it came to localization, XSeed has the rights to 1 and 2 and they're likely not porting them over at this point since they lost the rights of the rest of the series. If 1 and 2 weren't announced by now they're likely not coming. No point in putting part 3 out in the spring and have to wait a year for the first 2 anyways.

Rather than wasting their time with this port, they should be concentrating on getting this one to PC. It's currently the only platform that has all Trails in the Sky and Cold Steel games up to this point. The fanbase and series on PC just like Playstation is already established their.

This move is basically just a quick test at a cash grab as they see Switch is selling well atm and more of a slap to pc fans.