Love the original yakuza-games on PS2 too.. its a little bit other atmosphere and comic-stil < 3

No, the English version, it was released on PS3 in 2015 digitally and given away for free on PlayStation Plus, lol. Just finished it last night actually.

As for games on sale here, there's a few I might have to pick up, including Star Ocean: The Last Hope (Got it on PS3 but the remaster looks a lot better) and Final Fantasy VII, see if I can play it again before the remake comes out lol

I think there are merits and cons for either approach. I played 0 after playing several other Yakuza games. And if you've already played some Yakuza games, I'd recommend continuing in the chronological order.
But if you're just starting out, then I recommend starting with 0.

I think 0 is the best one in the series (I haven't played 6 yet), but going in the chronological order may result in you never getting to 0.
It's a bit similar to the playthroughs of Nier: Automata. If you stick through it, you may find it rewarding. But a lot of people quit after playthrough A, or during B, and it's understandable.
Because I feel it's easy to get burned out on Yakuza games, in spite of them all having different stories, and unique and very fleshed out side stories and mini games. Because the difference in the core gameplay mechanics is usually not a lot.

Though I agree with Tenshinhan that if you start with 0 > Kiwami > Kiwami 2, then some of the others (primarily 3 and 4 imo) will feel more outdated gameplay wise.
But at the same time, I think story wise it's more interesting to start with 0 for 2 reasons. The second being by far the most important.

1.) 0 fleshes out a very important character from 1 (Kiwami), whose story feels a lot more shallow without the context of 0. Though likewise, playing Kiwami 1 before 0 will have you experiencing this character's story in 0 differently as well. But I think the former option is more interesting between the two.

2.) There is a major character introduced in 0, that has been added to Kiwami 2, but only in the form of a few cutscenes. (This character did not exist in the original Yakuza 2.) And their inclusion into Kiwami 2 was very important to me, because it concludes the imo hands down best storyline of the entire series.

However, if you play Kiwami 2 before 0, you'll have no idea who this character is, and it will literally do nothing for you seeing them in the game. Other than literally spoiling the outcome of that specific storyline of Yakuza 0. Because you'll know how it ends, before you even start it.

So don't spoil yourself on Yakuza 0 by playing Kiwami 2 before it. It's the best game in the series imo, and playing it first will probably just increase your enjoyment of it.

If it feels jarring to play some of the less technically advanced ones afterwards like 3 and 4, I don't think it's a bad idea to just lookup the story for them online, and skip them to move on to 5 or 6.

I have seen 0 go on sale a few times, but it is odd that it is not on sale now. At first I thought maybe it was because it was recently (?) added to Greatest Hits, so it's already at a discounted $20. But then I saw Kiwami being 50% off at $10 in spite of being added to Greatest Hits as well.
But I'm sure 0 will be on sale soon enough. So keep a lookout for it. It's a great game.

I have to disagree about that, primarily because of a particular cutscene in Kiwami 2.
Experiencing Majima first through Yakuza 3 or 4 (as I did) has it's merits before seeing him in 0. But I also think that having the knowledge of 0 Majima when you see how he acts in the rest of the series is also an interesting perspective. I also played 1 before 0, and that gave me an interesting perspective of a certain character. But I think playing 0 before 1 would be interesting in a similar manner.

However, the big problem I would have with playing Kiwami 1 and 2 before 0, is that they've added a scene to Kiwami 2 that literally spoils the outcome to a character's story in 0. One that I happen to find the most interesting and emotional one in the series (I haven't played 6 yet).
And I would absolutely hate to know the outcome of this character's story before I even started it. All throughout 0 I kept wondering what would happen to this characters, on multiple levels. And mainly because I knew they don't exist in Yakuza 1-6, and I wonder why Majima changes after 0, I imagined a worst case scenario.

good to know! Have fun!!

Bought Tales of Berseria since it was one of the best deals available.

Great game. Second favorite Tales game. Vesperia is still #1 by far though just got done playing it a second time. Originally played it on my 360.

its the darkest Tales of-Game in my opinion, have fun :)

Tales of Vesperia is my favorite Tales of Game too :) Love the new Remaster (funny is.. the game looks wonderful, but the cover ugly) and saved all beautiful cutscenes with the PS4 Share Button : D what do you think about the remaster-cover? 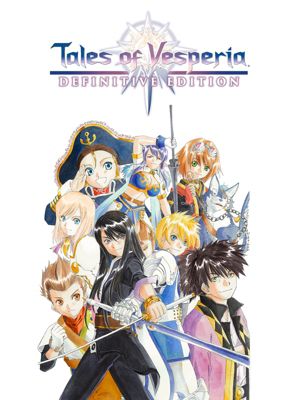 The game does look gorgeous. The cover not so much. I was hoping they would release a nice PS4 theme as well but unfortunately not. I got 74% of the trophies which is the highest I've ever done in any game. There's about 3 more that I could easily get as well but I'll want until my next play through to get them.