They basically released nothing last year as well.  They released The Crew 2 on June 29.  That's two days of sales on a game no one cares about.

Software sales are past their peak on PS4 and XB1.  That is why profits are down for these platforms.  PC revenue is authentically up.  Not sure which factor is most important, but it could be one or all of these: 1) Anno 1800 was a PC exclusive.  2) Epic games store is helping PC sales increase.  3) PC doesn't have up/down cycles like consoles do.  And again it could be a fairly even mix of the three.

The Crew 2 sold 275k FW retail on PS4+XBO according to VGC including digital that number would be up to about 357k. Take into account that it wasn't the full first week in the quarter, but the majority of FW sales come from day one, let's be safe and say only 200k out of 357k FW copies of crew 2 were sold in the first 2 days. So that's 10 million Euro's from Crew 2.

Far Cry 5 is ubisofts best selling game of the generation, and launched just 4 days before the quarter started in 2018. It's a massive factor in why 2018 is higher than 2019. 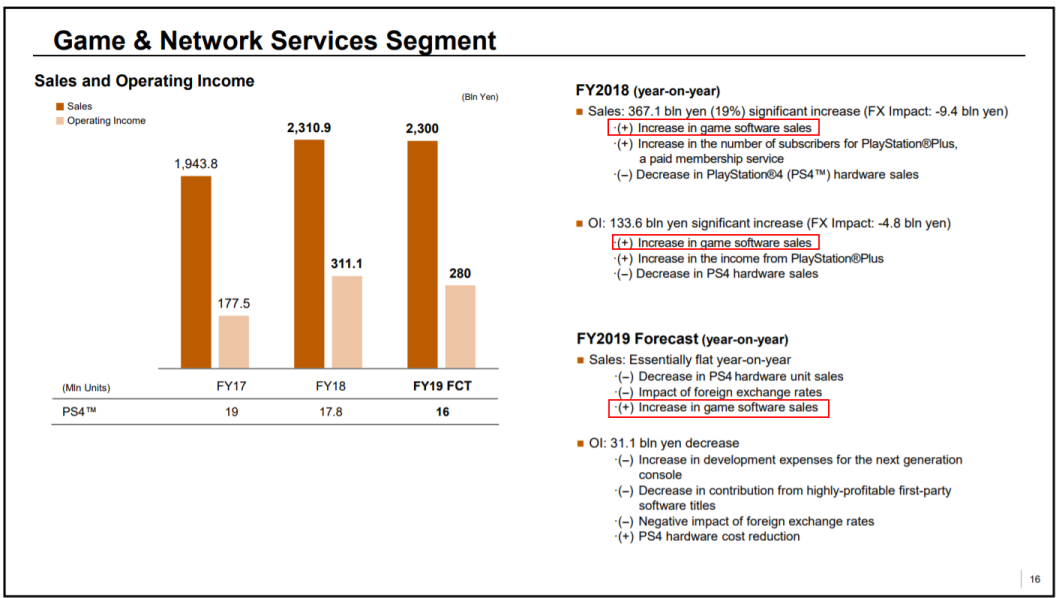 Seems like no one has mentioned the fact that Ubisoft gets 100% of the money PC gamers pay for their games on UPlay (Ubisoft store on PC). On the other hand, SONY/MS/Nintendo get a big piece of that pie, so Ubisoft get less money from console gamers per game sold.

And is Crash a Ubisoft game? No, stop with the excuses, exclusive games mean better sales for said device, it's not rocket science.

Farcry 5 is legitamately a good reason why they would be down on the console side in 2019.  I missed that detail in your argument originally.  My fault.

I still think Sony's projection is off though.  Their software sales will be down this fiscal year.  There was a lot better software line-up for the PS4 last year, if nothing else.

uh no, it's not an excuse, it's a game that's exclusive to consoles and not on PC, the same way you're excusing the recent Ubisoft exclusive game, that's not on consoles.

It's not a magical one way street here.

Look at the number of people buying Crash TR on PS4 over X1 and Switch. It's getting sales on there, compared to the 0 sales on PC.

I don't understand the point you're trying to make. What has this got to do with the figures given by Ubisoft for last quarter? Think-mans point was simple. PC was the highest platform because an exclusive pc game launched. That some console games don't launch on pc has no relevance.

Well Ubisoft is mostly about those pesky live services and online games which are more suited to the PC environment. If anything I'm surprised it only passed PS4 now and not long ago.

Like seriously what are you even talking about, why are you even mentioning Crash?? That has nothing to do with these sales, why even bring it up to begin with? I'm in a thread talking about Ubisofts most recent sales, and you are talking about Crash? I've never excused anything, I literally entered the thread and said I'm not surprised because there are exclusive PC games, and no exclusive console games. This has nothing to do with Crash, that's all you buddy.