Outside of the BL 3 announcement this was one of the worst conferences I've ever seen.

Yeah, between the technical issues and the magic trick it was pretty cringe. Thankfully Borderlands 3 looks amazing.

Well I'm not that amazed by the announcement.
Game looks more like Borderlands 2.5 to me. Graphical improvement is minor despite a new engine. Gameplay looks identical.
Nice touch is the inclusion of the characters from Tales from the Borderlands.

I'm sure it's going to be good, but this definitely doesn't look like a revolution despite being worked on for 5 years.

Went through the trailer. These are all of the returning characters that I could find:

I see some kind of asian themed architecture, that looks interesting.

Tannis with the new Vault Hunters?

Lilith crawling toward a Vault Key with the twins the background? Has she been captured again? Maybe her powers were stolen?

Tannis and the arms dealer guy and ... Moxxi?

Yeah, I want this.

But......is it an Epic Store exclusive as we've all feared? Pumped either way!

Yeah, her skill is the ability to summon the Mech and pilot it according to the leaks, Mech is named Iron Bear. Based on the trailer, looks like a 2nd player in co-op can ride it as well and control an extra turret on the top.

I want Gaige, even if it's DLC ... which would make sense.

The girl with Maya is the big question for me so far. Is she one of the Sirens? Because that pose with Maya reminds me of the pose Maya did with Lilith in Borderlands 2. 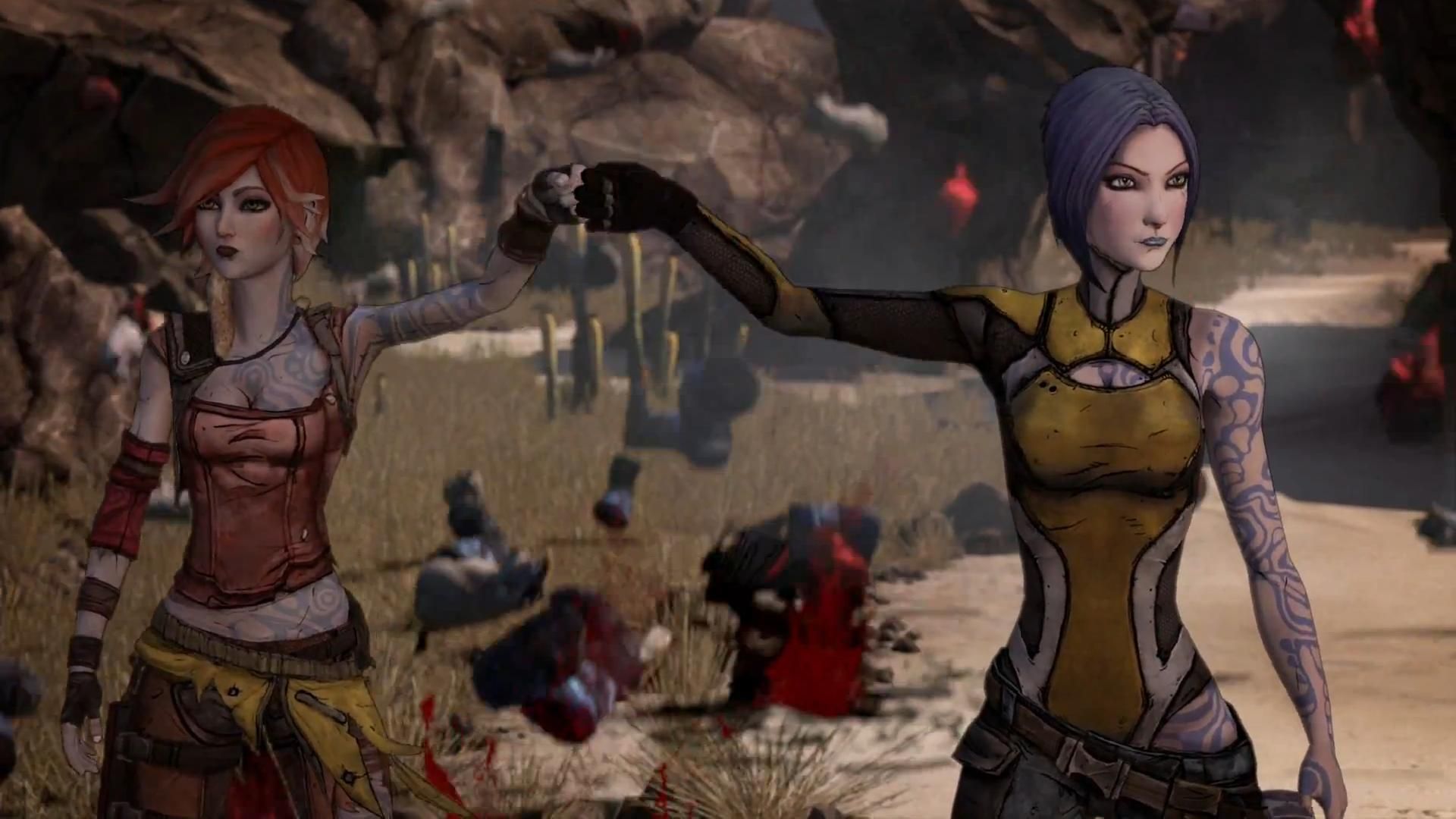 Zer0 with the Crimson Lance.  I wonder if there are going to be different factions.  Mordecai, Brick, and Tina appear to be a group, too.  Previous characters might not be working together after all.

That was what I was thinking as well. She looks young, so I'm guessing that she is the Siren who was born after Steele died in Borderlands 1, as she would be about that age now (10).

Not sure on that factions theory though. According to the leaks, you travel between planets on a Crimson Lance ship provided by Rhys who is the CEO of Atlas now, and Gortys will help you find Vaults on each planet. If your faction theory is true, that would mean that you would be working against Mordecai, Brick, and Tina. The trailer also shows the playable characters working with Tannis. Worth noting that the Battleborn Borderlands 3 teaser said not to trust Tannis or open the vaults, as Tannis seems to have been corrupted by the Eridians who want the vault hunters to open their vaults because it serves some nefarious purpose of theirs. Maybe you're right an Lilith, Mordecai, Brick, and Tina are trying to stop your group (as well as the villains, the Children of the Vault cult) from opening the vaults because they found out about the Eridians secret plans.