Forums - Sony Discussion - Does anybody else besides me want Killer Instinct on PS4?

No thank you. MKX is the only fighting game that I love so I'm waiting for MK11.

There are many better figthing games on ps4, no need for K.I.

I am good with Dragonball FighterZ for my fighting needs on PS4. 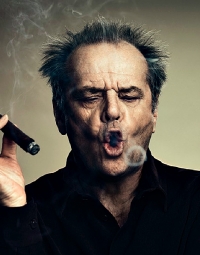 In all honesty I'd rather see the Halo: MCC on Playstation...

What is killer instinct?

Not really no. Played it some time ago on a friends Xbox. And it mediocre at best. Ver standard... in 1995. Might as well play that horror creatures fighting game that came out. At least its sth new.

The word better is probably more subjective in the case of this thread.  I primary only play fighting games on my PS4 but I would definitely say that KI on the Xbox is one of the best fighting games out there.  It really doesn't matter if there are other fighters on the PS4, if you love fighting games you play them for their differences and gameplay more than (This game is better than that).

So in my opinion, if I did not have an Xbox, I probably would miss playing the game.  I hope MS continue development of this franchise as it was a damn good fighting game and still holds up today since its gameplay isn't like any other fighter coming out.

I have no need for it on PS4. I already own it on PC. Honestly, fighting games in general are not very demanding on specs. A lot of them can be run on potatoes. Windows 10 and Nvidia allow you to save video clips of your games and I'm sure there are other programs out there. Easy capture of game content isn't something exclusive to consoles anymore. Being that PC is such an open platform, you don't have to worry about if your console supports a particular video player.

Killer Instinct is a great fighting game. It was rough in the beginning but the post launch support it got for Seasons 2 and 3 were awesome. My biggest disappointment about it was that they stopped making new content for it. I felt they could have squeezed out another season or two. It was unfortunate that the game was badly overshadowed by other fighting games in the community. I just don't think the professional level of the FGC is big enough to support the rather large number of higher profile fighting games that have released in the last 6 years.

Nah, I don't need it. If I want to get into fighting games, it will be either a dragon ball z game or mortal kombat game.