The Playstation 4 sold more units yesterday alone than it's been putting up most months recently.

And we havent even hit Thanksgiving / Black Friday yet. A lot of more casual consumers arent even aware the $199 PS4 deal is live yet. 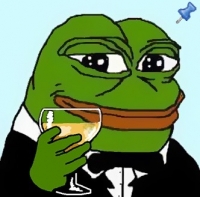 Somewhere between 2-4 million in America, and 1.2-1.9 million in Europe. I don't know if Black Friday exists in Japan (it probably does), but it could sell 800-900 thousand units in that region on Friday.

So it sold more than a million in a day?

Not true. Especially if using smartphones as your reference.

Firstly, very few people spend large sums of money on phones. They get a payment plan and spend small sums of money over a two year period which goes a long wa to easing the burden.

Secondly, and more importantly.... the PS4 isn't selling more than how consoles typically would sell. Its pretty much keeping the pace with the PS2.

As for incentive to sell at a loss..... that I agree with. If consumers bought the PS4 less then sony would have dropped the price sooner. As is the darn thing was still pushing around 1M+ every month.

What are you predicting?