The beta launched about an hour ago and I pre ordered the game a few weeks ago and decided to play the beta. After playing for just under an hour I'm uninstalling the beta and canceling my pre order.

I was excited for the multiplayer aspect of the game but it's nonexistent. I didn't run into anybody and from previews I've seen running into people is not a big deal and doesn't change up the game. The game just feels like a re skinned Fallout 4 but worse.

Anyone else playing the beta and not liking it?

Can this be moved yo general? Sorry I put it in the sales area.

I'll rent it after I finish RDR2 to give it a chance, but what I have seen so far is definitely worrisome. I'm glad that Bethesda has 2 proper singleplayer games coming after this.

Moved thread over for you. I'm hoping it doesn't end up being terrible but I'm not a fan of online gaming in general so I guess I'll just wait to see if they fix anything. 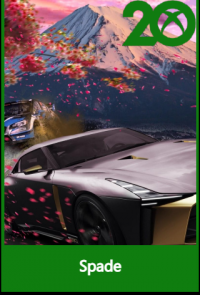 But yeah, no idea why any Fallout fan would have any sort of hope for 76. It won't even have modders able to fix all the shit that Bethesda is too lazy to patch themselves. It was a definitely 'no' for me pretty much from the initial announcement.

Anywoo, it seems like it'll be the new AAA disaster from this year so far.

Unless you're talking about the "feel," of the game I wouldn't be so hasty to make a judgement. I'm sure there were games you've played that started off lackluster but ended up being worth it.

Likewise, aside from MMOs and Overwatch I rarely, if ever, go online with other games, and I think if I did get round to playing it, I wouldn't necessarily want to bump into other players anyway unless I was playing with friends, fuck all that griefing shit, lol. I haven't really looked much into Fallout 76 anyway, but can't say I'm in a rush to actually try it either.

That being said, I do think less than an hour isn't really enough time to judge a game such as this, I'd at least have put a few in beforehand.

Wait, you preordered the game without knowing anything about how the multiplayer worked?