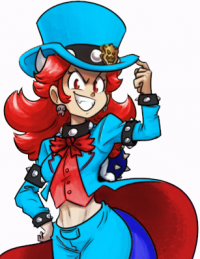 At this point i think is almost sure that PS4 is overtracked.

I could understand if they delayed the annunce for the E3, kinda what they did with 60 million... but the E3 is over. If Sony did not annunce yet the 80 million for PS4, this only mean that it has not reached that milestone.

Of course i expect PS4 to be very close to it and imo, is a matter of days, but yeah... according to VGChartz PS4 reached 80 million before the E3, and that's almost for sure is not the case.

Lonely_Dolphin on 18 June 2018
I never said it would be as bad, infact I even pointed out how it was selling 200k/weekly through Jan-April this year which isn't bad at all. Mario Party hasn't been huge since the Wii/DS days, most certainly because it needed the unique audiences those systems attracted to reach such heights. Won't mind being wrong, but right now how I see it is that the Switch is gonna stay at this pace until November.

Mario Tennis/Octopath/etc. will keep the baseline steady or even raise it in June/July, but then it drops again in August/September. Mario Party and the beginning of the holiday season will pick it back up in October, but I'm betting Switch sales for the fiscal year at that point will be around 5-6m, so it'll need to sell 13-14m during the last 5 months (assuming 1m on store shelves). Difficult but possible.

Sales won't tank, atleast not to last year levels. It will be up YoY for a long time, and it will continue its growth the next few weeks

You do realize a March launch will be much bigger than a regular March? That pretty much cancels out the fact that it wasnt available in Jan/Feb.

Also the thread that is tracking the weekly numbers shows that its been up by over 50k in each of the last 5 weeks. Thats the exact opposite of tanking.

A price cut next year is likely, it will be year 3.

ofc it will be yoy. its got released in march last year. thats 2 months less.

They shipped 2.74 million in March which is on par with their other non-holiday quarters.

Even then, it's not like 2018's lead have been decreasing, only increasing

Yeah, you're absolutely right. PS4 is overtracked, and it's not the first time

Huh? You say that like it's common for VGC, but whenever a new figure by Sony has been released throughout the ps4's life it's almost always been the case that ps4 has been undertracked.... smh.