No wonder it was starting to go down on the charts.  I think this is the 3rd time I've seen the game sell out on Amazon.

The combination of good marketing plus a successful console just getting started made the preorders and sales exceed Nintendo's expectations.

Honestly, this game is doing amazing pretty much everywhere, especially in the US, Japan, France, and Canada.I wont be too much surprised if this game manages to sell(ship + digital) 1 million units by the end of the year.

For Xenoblade, that would be fantastic!

Yep it will be interesting to see the true potential of the Xenoblade franchise.

The original released when Wii was already deep into its decline and the game was handled horribly by NoA with it releasing so much later and Gamestop exclusive.

The port onto 3DS could have done well but it was exclusive to New 3DS which significantly lowered its sales potential since only like 1/5 of all 3DS systems could play it.

Xenoblade X released on Nintendo's worst selling console ever so once again it didnt have a strong userbase to sell to.

Xenoblade 2 is releasing in the first year of a popular system and is being heavily pushed so if it doesnt sell a good deal more than previous installments than there is basically no hope for the series.

It would be amazing to see it do 2+ million lifetime.

Certainly so.It would sell more than any of the entries did in their life in only 1 month.Im personally expecting for this game to sell much more than it usually does in Japan(at least 120k FW, with 150k being possible), Europe doing much better as well, especially because France will carry the games sales, and US doing at least a bit better than it did with X at FW(so somewhere between 250k and 300k).

this time there wont be any preoreder shenanigans so should be a clearer race.

SOFTWARE (Pre-orders Only)**:
None at the moment 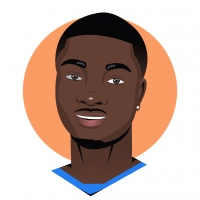