everything i upload is video game related 95% of the time. I just upload whenever I feel like it.

Mostly post game play videos featuring games I got from developers/publishers, speed runs like Odyssey where I beat it in 1hr 24min, livestreams or just randomly trailer mash ups. Recently just made a Sonic 2019 movie mock up in preparation for the real trailer reveal

Another thread not friendly to the under 100 post club :'( haha ah well good to see so many creators might have to go through a bunch of these. 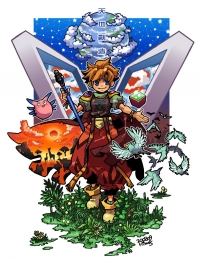 My channel has a great collection of videos. I manage diverse topics, all the situation that I live. I invite to you to visit it. Here is one of my most popular video.

Lol, I haven't uploaded a new vid in years. I have some of my college/uni work on here from over 10 years ago lmao. I should update it. I have a few of my 3D animations here too. I'm a 3D artist. I really need to make more content but I've been lazy. This thread has made me start thinking about making new stuff :)
and yes I star in a couple of vids with CGI backdrops back when I was really overweight :P. I'm slim now though but still have wacky hair XD.
My most recent vids are gameplay footage of Mariokart 8 & Fallout 4, and my oldest is a really old one from SSB Melee back before everyone had HD screens.

I see this thread was bumped. I stream over on Twitch usually on Monday's and Wednesday's. And as part of my streams I go over the latest VGChartz estimates and gaming news, which also gets posted to my YouTube. I am less than 400 subs away from 10,000 on YouTube. 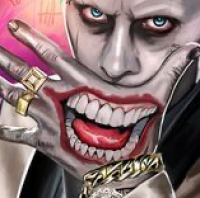 If anybody cares to sub to me I'd spend time in teaching you character how to combo any game I also teach how to speedrun any platform 2D only though, Also teach few arcade racer like cruis'n blast and Diddy kong racing.etc