Medicare and Social Security, you both better hold on to your butt.. Mick Mulvaney is coming for you. 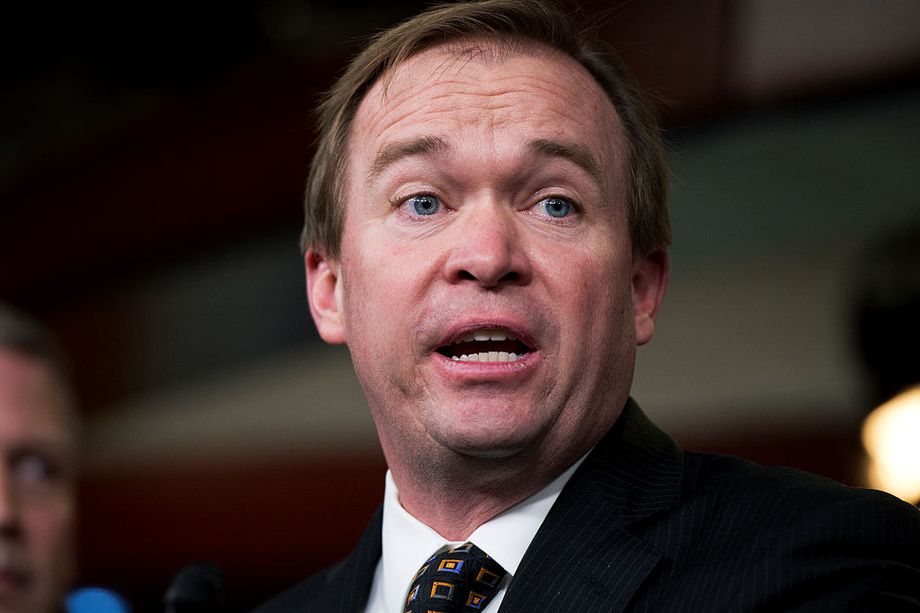 It could've been worse.

I mean this is literally always true until the Person in the spot is something like a big nest of fireants or something.

Care to wager a bet Professor?

Before you accept it would be worse keep in mind

2016 had the deaths of a lot of fantastic humans David Bowie, Prince, Gene Wilder and Alan Fucking Rickman

2017 may have Trump as president, but the news every day this year... has been about Trump, going to be president and about the elections

2016 was the year the Wii-Us production was terminated

I just farted, and it was bad... and in 2016, I had a really nice omelette for dinner earlier and I really doubt there will be one this bad in 2017!

Dirt can be found from any politician, but trying to stop relief aid for victims of a hurricane? Now that's just plain wrong on so many levels.

This list almost feels like the description of a contestant on a random MTV dating show because of how absurd it is.

Good. I work for the US Government and these fuckers need a kick in the ass. I'm sick of the corruption I see Every. Damn. Day.

$4 billion for Airforce One. For that money, we could literally replace 700 miles of interstates. Shit, after 6 of those planes, we could've afforded the damn US-Mexico wall.