According to an insider source at Sony, a standalone DLC for Uncharted 4: A Thief’s End will be revealed and playable at Playstation Experience this December.

The DLC will revolve around the adventures of Samuel, the brother of Uncharted series protagonist Nathan Drake, and Sully, a long-time cast member of the franchise. The reveal will consist of a gameplay segment, followed by a medley of cutscene footage, and concluding with the name of the DLC.

The DLC is standalone, and as such is playable without needing to own the original game, and will tell a self-contained story, with Nathan Drake himself present to hand the reigns of adventuring over to his sibling. It has also been disclosed that Nathan’s daughter will not be present in the DL.

Both Nolan North and Troy Baker are reprising their roles for the standalone, which is reportedly longer than The Last of Us‘ critically-acclaimed DLC Left Behind, and it is internally projected for release in the first quarter of 2017.

The plan was to also talk about Uncharted 4: Survival here, but Sony seemingly wanted to get out ahead of us on that one. Might be because we tweeted we were planning to leak DLC today? Who knows. 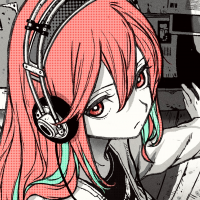 More naughty dog single player content is always a highlight, although uncharted isn't my favourite game from them (the last of us) its still amazing and if they show new content I am sure to be hyped ^_^

not long now till the PSX, gonna be nice!

Sounds great, they've been delibering decent updates to the multiplayer (still holding out for split-screen co-op) and a SP DLC around February-march would be perfect. With continued support, the game will have very strong legs

The season pass is $20 right? If the dlc is stand alone I wonder how much it will be.
I don´t care about online stuff.

I don´t really like Sam but will buy for a little more Sully.

I hope thats not true(probably it is true), simply because I dont buy DLC for many reasons, either because when Im finished with a game, I dont like having to go back to it sevreal months later and relearn all the games mechanics, or because I dont have a credit card to buy the DLC.I simply prefer that Naughty just go to their next project, either it being The Last Of Us 2 or a new IP. 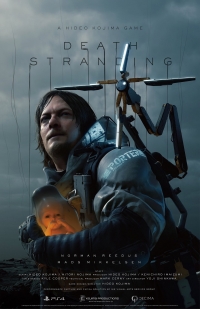 Relearning mechanics for a game you already played is easy.

Also just buy a download card in a store.

For some reason I dont like relerning the mechanics.But to be fair, it would be easy for Uncharted, since it is a simple game.

But as for the download card, it is quite difficult for me.The PS Store is listed in a different country than mine(It is logged in the US PS Store), so I would have to travel to said country to buy the download card to be able to buy the DLC, and I just travel there once a year, if that.(I did that because prices in general are better, for when I do get my hands on a download card.Not only that, but the US store gets more stuff, so there is also that)