Forums - Nintendo Discussion - Now that you have seen the Nintendo Switch do you think it will be successful?

Currently, no. Putting a non-supported game (skyrim) in its premier trailer and no new announced game (aside from few secs of new mario game) are stupid moves imo.

The idea is great, but after all, it's the games that matter 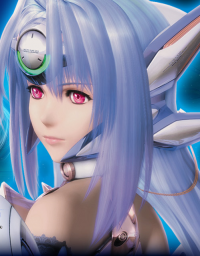 Yes but as a definition I really used the AC outlet thing, so the PSP Go can be considered a home console for some people (even has split screen multiplayer in ps1 games).

I mean that I believe the mayority of the boys/girls (young occasional gamers) will not define it properly a home console system because they expect to get the multiplatform game they see on the tv advert the other three are getting and nearly at the same time too, I am aware this wasn't the case late with the WiiU but something like that was valid in the beginning at least for a bunch of games.

I hope it will have the multiplatform support from major west developers too, but why didn't they show Fallout 4 instead of a bethesda game released originally in 2011? Something smells fishy, if it is capable bethesda should have asked to put their newer game in the Nintendo advert, shouldn't it? As I wrote, more or less, in another thread, it packs in pros of PSV and Wii U and it solves flaws of both, so, with plenty of good games, both 1st and 3rd party ones, the right marketing, the right price, and, above all, teh help of teh Almighty Analyst God Pachter, it should sell more than both combined.
That is, giving both PSV and Wii U optimistic lifetime sales predictions, Switch should sell more than 40M.

I think Switch will be fairly successful, though the odds of it being a break-out hit like DS and Wii are slim. Any chance at a mass-market break-out will hinge on Nintendo leveraging mobile popularity and pushing mobile consumers onto Switch, as well as the kind of viral stuff you really can't manage, e.g. people using local multiplayer Switch in public and attracting good word of mouth that way.

Right now I think the system could do anywhere from 40 million to 70 million in 6 years. I think much of the 3DS and Wii U market will end up migrating to Switch, and, the system has a good shot at becoming the market leader in Japan, especially if it secures Monster Hunter 5 in addition to having the next Pokemon, Splatoon and Animal Crossing. A market leading performance in Japan could see the system power to 20 or 25 million units on Japanese sales alone, which would allow Nintendo to keep supporting the system and which would lead to a steady flow of Japanese software hitting shelves and the digital store in Europe and the US, which would keep sales ticking over there. In that scenario, Western sales hitting anywhere from 15 to 30 million combined would see Switch a decent success for Nintendo.

For Nintendo to hit the higher end, the Switch will need to be affordable from day one, and Nintendo software will have to appear regularly. They've promised (again) that they've learnt how droughts damage their hardware, and they've reorganised their development structures in the face of that, but we still don't know if there's going to be a difference for sure. On top of that, Nintendo's efforts to secure more software need to succeed. I don't think constantly getting every big multi-platform title is necessary, but certainly Nintendo need the family friendly hits like Skylanders, LEGO, Rayman and Just Dance coming to their system, which could help them dominate Christmas sales seasons once again. They also need to secure exclusives and whatever multi-platform titles will work on Switch, and indie titles too. A larger, more varied software catalogue will attract more consumers in the West, but Nintendo's own marquee titles need to be the backbone of the software catalogue. If Nintendo don't create a user-base quickly, there won't be a market for third parties to sell into. Equally Nintendo need some patience and need to encourage patience from third parties. If the initial third party support from Western publishers consists of late ports launching along side titles like Zelda, Splatoon, Mario Kart and a brand new Mario during 2017, then many third party games will fail and some publishers (like EA) will be quick to pull support. Nintendo need to know what kind of third party support they want, and what kind of support will work around their own software.

I think the reveal was intelligent, and it sold a clearer picture of what Switch is than Nintendo managed with Wii U in the 18 months leading up to launch. There's still a lot to get right, but the list of supported software engines and software partners is promising. A much hyped Zelda game at launch is also a very strong bonus for Switch, but there's still a lot of work to do before launch. Nintendo can't afford the post-launch droughts that killed Wii U and hampered 3DS, and they can't afford the kind of OS and network problems Wii U had day one, which gave a confusing system a poor reputation it never recovered from. They have their work cut out with Switch, but I think we're looking at a system that can do well if Nintendo play their cards right.

Was selling around 80-100k for a while. Hit as low as 30k right before the price cut. It had a bad launch line up and huge games drought (only offset by a remake-Ocarina of time). 3DS support was worse than Wii U for its first  9months.

Nintendogs+cats and Steeldiver were the first party games it was selling off. Street Fighter V was the big third party game.

They will have to keep third party support (not only have it at the beginning like happened with Wii U) in order for it to be succesfull.

If Nintendo thought that the library was the issue they would have waited 3 more months for Mario 3D Land and a further month for Mario Kart to come out. They knew that people didn't want a $249 handheld.

VGC is telling me I was quoted in this thread. Can't find any quotes :|

- The 3DS was always seen as expensive. It's $250 pricetag was met with confusion considering many games looked only slightly better then the 6 year old PSP and all Nintendo's previous systems were sold for far less.

-The PSVita was announced for the same price as the 3DS despite boasting superior specs. The month after this Nintendo dropped the price.

-When you're selling like trash and have a $180 system you're pushing at $250 you dont just sit tight through 3 months of abysmal sales leading up to the holiday. Nintebdo wanted to give the 3DS as much momentum as possible to compensate for the poor start. It didn't recieve another price cut for a long time and they were comfortable enough to launch the XL for $200.

- They did the same early life price cut with Wii U to very little avail. Sony cut the PSVita to $200 and it still sold poorly. Price cuts are generic responses to poor sales. More then looking at it as arbitrary as "this form of device -portable or home console- can't sell for x amount" look specifically at what it offers in context of the market. PSP sold very well at $250 because what it offered to the market at thar moment in time. NS is extremely different in terms of what it offers when compared to the 3DS. If we do care to compare it to the 3DS, we can't ignore the 3DS launch combo of mediocre hardware, an unsuccessful gimmick (3D), terrible software line up (Steeldiver/Nintendogs for 6months) and Premium price tag. You can't just pinpoint the pricetag. Price tag however is the only thing they can change on the fly.