It was one barrier that was wide enough gap between wires that a toddler or small grown up could go through.

The zoo accreditation is saying they are going to require modifications.

What did the witness do to prevent this?

Btw, barrier is not crawl proof and toddler don't mostly crawl... Do you know age range of toddlers?

I agree with this, Kids are fast like that, 4 kids apparently since 1 is a new born apparently I'm going to wager her hands on a stroller, according to some accounts the father is present as well, even with both parents it only takes a moment for a child to disappear. Plus memorial day weekend, I'd wager the zoo was crowded all it would take is someone to cut between a parent and the kid and he could have been off.  Or she could have been watching the children poorly, I wasn't there and I'm not going to put too much stock into stories on the internet.  Or it could have been a small moments inattention, addressing another child, buying something, looking at an animal.  It could have been something annoying like the parents burying there faces in there cell phones when they should have been watching there kids.  But even if it was that, I still don't think it warrents destroying their lives.

As for the zoo's enclosure, it was effective for almost 4 decades apparently, they had pretty good reason to trust it, sometimes we don't know about a flaw in a system until it's hit.  Now I'm sure they'll address how the kid got in.

As far as shooting the gorilla, it's unfortunate but I'm sure the zoo evaluated their options as best they could in the little time they had.  Even being as cynical as possible, would you voluntarily kill something as valuable to a zoo as a male gorilla in the prime of his life?  I doubt it.  Beyond that I'm sure that the gorilla's keepers had attachment to him.  Tranquilzers aren't magic like on tv, gorillas are strong, really strong, even if the gorilla didnt' want to hurt the boy a wrong pull on his head could result in a broken neck, like Roy Horn, the tiger sure didn't want to hurt him, but it still did terribly.   Also anyone saying gorillas are not violent and harmless, seriously, they can be, infinticide is incredibly common among adult males to rival troops babies.  Doesn't mean this one wanted to hurt the boy, he didn't seem to, but it isn't outside of gorilla.

Also annoying claiming he was removed from his natural habitat and put in prison, this one was born in a zoo, and frankly living a comfortable life in which you don't need to be worried about being eaten by leopard doesn't seem that bad.  Plus gorillas aren't human, it's like the people that think crates are bad for dogs.  A dog doesn't think like a human nor does a gorilla, they live longer and are possibly happier in the zoo than in the wild.

Personally I really hope the parents weren't negligent and it was just a freak accident, even if it wasn't there are too many broken families in the US already especially black families, I'd hate to see one fall apart over internet fanaticism due to screwing up in a common way that just happened to lead to tragedy.  Honestly the guy seeemed to have really turned his life around, and the mother seems to be a good person, the family being crapped up reduces this kids chances of doing well and school and making something of himself.  If nothing else wouldn't you prefer that the boy the gorilla died due to  end up making it count for something as opposed to nothing.  (and don't give me the "I'd prefer the gorilla not die" too late for that the goal should always make the best out of the aftermath no matter how tragic it might be)

Last thing, man those tweets, they managed to be raced against whites, equate black men to gorillas... so technically self loathing and or racist against blacks at the same time, and demonstrate they don't actually think before shooting there mouth off all in 140 characters

I am because I was capable of going to plenty of zoos as a child without getting any animals killed.

Yeah, that's probably because your parents used this: 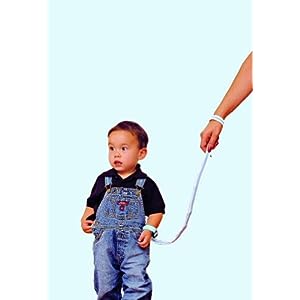 They knew you couldn't be trusted, at all.

This isn't a black or white issue.

I was wrong for doing so. I admit, the zoo should have also placed clear glass to prevent kids from going through. I'm sure clear glass won't make the gorilla's habitat suddenly like a prison

That is not a valid argument

Really not sure how they ever thought that barrier was sufficient and never for seen it would lead to issues. Seriously,  a hand rail with flimsy wires under it that is wide enough for a toddler to slip through is not sufficient. Chicago Lincoln Park Zoo, Brookfield Zoo and Milwaukee Zoo all has physical barriers blocking the enclosure that can only be accessed by climbing over (which would be a lot more work and easier to detect before something bad happens) or just completely enclosed all together.

Or maybe my parents just keep an eye on me and I wasn't a retard child who falls into pits with dangerous animals.

She almost stopped him from getting into the encloser but unlike the mother of the kid she kinda was also busy and being resposible and watching her own kids.  Also toddlers are usually one or two, three at most.  The kid is four years old that is definetly too old for being a toddler I would say he is a pre schooler.