Will Spla200n be ready for the NX launch (window)?

Nintendo can't have Spla2n as a launch title, it took a couple months for them to realize how good the sales for the game were and a couple more to get started, given they also had to work on all the Free DLC I think development on Spla2n can't have started until September/October 2015 so I think the only way Spla2n can release in 2017 is as an holiday title...

No.. They knew they had a winner long time before..

Not only was splatton the most praiset game at Nintendo 2014 E3.. Nintendo UK also month before said it would be a true system seller..

No... lol they thought that it had potential, but they didn't knew if it would have been appealing.

It wasn't certainly the most praised game at E3 2014, most of the people was unshure about the game and it was outshadowed by Zelda, Mario Maker, Xenoblade and Bayo 2.

end of 2017 is possible is the only thing I'm saying, the game without counting all the concept work made before starting development took about 1 year and a half so it's possible for Nintendo to complete the sequel in 2 years+ a couple months

I don't think we'll get a sequel for at least another two years. 2018 maybe.

I'm convinced that Nintendo was sure that Splatoon would be a hit and it was the journalists and the general public that didn't pay much attention to it at first.  Nintendo themselves kept on hyping the game with the giant booth that took up a good chunk of Nintendo's section at E3, the continuous segments they had during the Nintendo treehouse gameplay marathon, the Nintendo reps hyping the game up in interviews as the 'Mario Kart of shooters ' and the fact that they ended their digital event with the game.  They knew they had something big on their hands when E3 2014 came around.

As for Splatoon 2, I personally think Nintendo needs to hold off on it for 2018.   If they churn out a library in the NXs first year that includes significant games like Animal Crossing, a 3D Mario game, Zelda, Pikmin 4, Retro's game and Luigi's Mansion 3 then Nintendo can afford to wait on Splatoon 2 for a year.  I could see Nintendo anouncing Splatoon 2 at E3 in 2017 and releasing it in summer, 2018.

I'd expect a port. Most of the hopeful NX owners wouldn't have played the first one anyway.

It was the most talked about game at the Nintendo stand.. Did you see how many people there was the hole time at the splatoon stand.. I bet you anything if Nintendo did not knew how big and fresh splatoon was before E32014.. they sure did it after (and that is a fact) 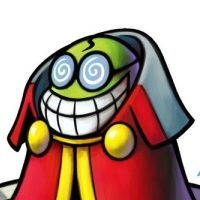 I'm not sure. I think Nintendo needs a solid multiplayer-focused title for the NX launch, but they won't have a new Splatoon, Smash Bros or Mario Kart game ready for launch. Which is why they might port one or two of these titles from the Wii U.

Porting over Smash and Splatoon with some new features (along with something like new F-Zero title) would solve that to me.  They could port Splatoon at launch to introduce the franchise to new NX owners who didn't buy a Wii U and release the sequel in 2018.