Now is officially the first day of spring!

Hopefully we can get some more play times posted! 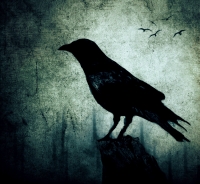 I feel like I could copy and paste my previous results as very little has changed.

I just got my 3ds don't judge!

Also Majora's Mask is awrongfully at 63 hours, for some reason it decided to keep counting time while my 3ds was closed...

Means that you can have the biggest percent changes!

But is fine to use that number for MM 3D since last season, I've logged a person with thousand hours of playtime where it was mainly left open for the back ground music :p

Only a few days left to post your results!

Some notes about this:

1. New Leaf is just so addicting to me. Until earlier this year, there was just about never a week that went by that I did not play it. To my knowledge, New Leaf is my most played video game of all-time.

2. I haven't play Smash Bros. that much that lately, but I am probably going to play it some more soon.

5. I guess I just enjoyed the coin challenges a decent amount in this game, still don't how I have put so much time in this game, but I haven't played it in over a year-and-a half.

6. Still only a few chapters into Conquest after clearing Birthright but this game is pretty awesome.

8. Stuck on the final boss, but I will beat it one day.

9. I have been stuck on the level with all the hard ghosts for about three years now. Maybe I will beat the game one day.