otherwise the ratio would be even bigger

NPD doesn't officially count Bundles though in the software rankings. So every Halo 5 bundle sold is a digital 'sale' of Halo 5, even if the Halo 5 bundle didn't sell super well.

they do not include them in the top 10 fihures, but they count every hardware bundle seperately
and that 935k number from insiders include then 120k bundle copies, or whatever the number was. i do not remeber.

Gonna tag this shit so hard. This should be fun.

You should clarify for software that for software "retail only" includes hardware bundles with digital download codes.

Standard footnotes to the OP each month perhaps.

At the moment I tend to favour what Amazon is telling us: that PS4 won November, but I'm 70/30 confident of that. So I give Xb one somewhat if a chance. Man there will be some serious gloating and crow being served if that happens.

Why the hell do u want it to bomb!? 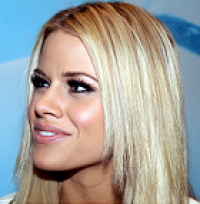 There are some things from Japan that don't need to be successful everywhere. This is one of them.

I was actually hoping to see some really nice New 3DS deals for black Friday but most retailers just had it $20 off which isn't significant enough to convince people who weren't already going to buy it at $199. Hopefully December has some nice deals as it gets closer to Christmas, otherwise it will likely be another disappointing month.

If my maths are not wrong lol

Retail Standalone: 842K
Bundles: 93k (how many digital? I don't know because the Gamestop bundle was physical)
Digital Standalone: 365k

So using the max and minimum for bundles with digital:

Digital sales for Halo 5 were between 28% and 35% where bundles accounts for somethings between 0% and 7%.