Well technically yes, they're better. Because you're spending more money to get a better product. A revolutionary idea!

I can't see these things being very successful. They're basically just corporate-branded pre-built PCs, like an Alienware for example...

Except they're worse, because most use SteamOS (Linux-based) instead of Windows.

I agree it's niche audience, I personally know few people that are just the audience for it, but as of right now it just doesn't make much sense to pay more for the exactly same product that has tremendously weaker library than Windows version, especially since I don't see AAA publishers doing much to support it at the moment.

Maybe in few years if it picks up...well, steam.

What AAA games run on the steam OS? Oh wait, none.

Breaking news : Sony says PS4 is better than Xbox One !

Other news : Steam machines are dead already. You want a PC ? Buy a PC. You want a console ? Buy a console. Really few people want something with a PC-like price without the power or the AAA games, and even fewer people interested in a console will take the time it needs to understand what the hell you're buying when you spend hundreds of bucks in a Steam machine.

Again, you're speaking from the mind of a vastly informed, hardcore gamer. I think people like us fit your description. Average joe's, not so much. The average person just isn't that intelligent. If they are intelligent, they're uninformed and don't care about being informed. They bought consoles because their friends have one or because it's hip or cool. These are the kinds of people who, 2 months before launch, are buying last generation consoles because they don't know the new ones are right around the corner.

What Mature games did Sega have?, is this a real question??. And also im not only on about from the saturn days but even before!.

Anyway the was lots of mature games on Sega systems when Nintendo wasnt allowing such things. Im not going to go give you a whole list of games since the is too many and its not a hard thing to check with a simple google search

Those steam machines are releasing in a few days and there is no hype surrounding them (as far as I noticed it). 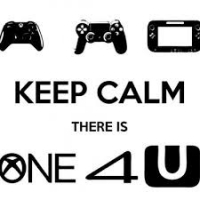 I said steal its thunder...it doesn't have to "win" this gen...just hype over the PS4 to do that. Numbers aren't everything...just to the corporations.

Yup. That's the proverbial nail hit on the head.

That's one of the reasons why I'm doing my gaming on the PC and Wii U this generation. The Wii U has (imo) the best exclusives out of all three consoles so far this generation and my PC is scratching my multiplatform itch.

I might have gone for a PS4 but Oculus Rift and HTC Vive will be better VR solutions than PSVR because of the recommended specs for them. Better eye candy, 2 analog sticks (or touch pad thingies with the Vive controllers) and higher resolution screens in the HMD.

I'm still mystified why Sony didn't add an analog stick to the Move controller when it released years ago, either that or have motion controls added to their nunchuck clone.

Edit: Can't remember whether I said it earlier or not but these Steam machines, like all pre-built PCs, are over priced compared to what you get in the box. Anyone buying a pre-built machine over buying the separate components and putting it together themselves has more money than sense. The sooner people realise how easy it all is to do the better.