Forums - Gaming Discussion - Coming up on the end of Witcher 3.... Finally a game close to skyrim.

So Witcher 3 is my first in the series. As I return to Kaer Morhen and commit this beautiful day to finally finishing it (literally going to play all day) my thoughts on the game are finally expansive enough to form an unbiased opinion.

A bit late, I know. But basically here's what I thought of the game.

Starting with the presentation. I'm playing it on Ps4. Obviously does not look as good as it would on a $1000+ computer; but I am quite impressed nonetheless. Playing it today with patch 1.10 almost feels like a sequel compared to its release. The frame rate is essentially locked at 30 during gameplay; even fights. Compared to its release which I experienced a lot of choppy frame rates and screen tearing.

The atmosphere is superb. Music and environmental sounds really add a depth to the world they place you in.  It's quite, somber I guess sounds like the correct word. Going through areas on Novigrad to small villages on skellige. Talking with people having a drink or going about their business. They did a great job creating this believable world.

Story wise; I'm also impressed. Although the "cutscene" where conversations take place leave much to be desired for me; including animations and facial reactions, considering the games size it's great. The side quests easily surpass the main quest however. There lies my main gripe with the game.

The whole time, you're supposed to be on this hunt for Ciri. To track her down as fast as possible and follow her clues. However since the side quests are so good I didn't care about finding Ciri. They made it seem so imperitive yet I would vencher on the main path in preference of a side quest. Not a big deal, but it made me care less about finding Ciri.

Let's see what else. Replay value maybe. I mean the game is huge. And I mean huge. I have around 50 hours and am taking my time. With new game plus around I think I'll actually want to play it again. Not right away. But eventually.

Oh and lastly. Easily my favorite part of the game and a mechanic that I think is the best in the RPG business.

Never did I feel like the majority of quests were "go here and fetch that". A big highlight to the Novigrad section which for the most part focussed less on combat compared to conversations, plot development, and even acting in a play!!!

Basically just wanted to share a bit about my experience with it. I had been searching long and hard (giggity) for a game to captivate me and drag me into the game world as Skyrim had. Ultimately, Witcher 3 came close; but didn't quite surpass Skyrim for me. Still an amazing game with superior storylines and characters. Also the Dev support is easily some of the best I've ever seen.

I got bored with it and all the glitches hurt the game for me.It's more around a low 8 to mid 7 than a 9.People need to get off this open world craze,because that does not equal a good game.

The ending is better than anything skyrim. I do not actually think it much like skyrim. The story is much more prevalent and good because it is based off good books. The lack of story and first person vs third person gameplay make them very different.

I agree. My comparison was more about I had not played an open RPG that sucked me into the world since Skyrim.

@abun I agree open world does not equal a good game. However I think Witcher is both. It takes time to delve into the world. A lot of time and patience. But when all put together I think it makes an amazing game.

I admit I only read the first part of your writing. lulz. I think it to is a very rare game that sucks you into the world and can leave you just wanting more. I cannot wait for the dlc.

I played Witcher 3 day one for about 2 weeks. Did about 50-60 hours of total play. Sold it off. Skyrim is just so much better. Sure, this game looks leaps better graphic-wise... But I still can't find anything that gives me the same feel as Skyrim.

I thought it was much much better than Skyrim. And I liked Skyrim alot. Just started playing Hearts of Stone. I'm playing it on X1 and it looks gorgeous. There's some issues with frame-rate but nothing that bothers me and I've been lucky enough not to face many glitches. Game of the Year so far, only Fallout left to challenge it. 9,510. 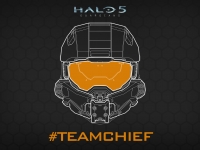 IMO Skyrim sucks one into it's world (that sounds so wrong lol) because it let's you do whatever tf you want. Choose your race, your looks, your specialties, your way of living, your wife, your children etc. In that sense it's more immersive than Witcher.

Witcher 3 on the other hand is more about Geralt and his surroundings, the world he lives in, his past, his life as a Witcher (social and politcal life, his jobs, the way he hunts and so on), his romances, his friends. In that sense it's more immersive than Skyrim.

In the end I played more Oblivion and Skyrim respectively than Witcher 2 and 3 respectively, although I personally enjoyed Witcher games more. All of them are great!

So hyped for Fallout 4 and Witcher 3 DLC!

Agreed. The immersive point is spot on. I actually need played Oblivion or Fallout 3 that much.

But I am literally beyond hype for Fallout 4.

It's very decent open-world Euro-RPG, a little bit too much streamlined for my taste, with some problematic exploration design, especially in Velen, and lot less attention to detail than Withcer 2. For me Gothic 1/2 trumps it by far...honestly I'd even take Gothic 3 over it any time of day.

As for W3 vs Skyrim, different beasts really, but even in TES universe, Morrowind kills Skyrim by a country mile.