Well I think i know the greatest player in the world and he happens to be my cousin. Yeah compared to games nowadays galaga is laughable in terms of graphics, sound, and storyline, BUT the one think it does have over games today is difficulity, that game is hard. I don't think i could get to level 10 and i have been gaming for 20 years. Granted not everyone can be good at every game, but still you have to be patient and skilled to be good at this game. My cousin has the unofficial record of 38 million he claims, but he never took a picture or anything. Now he's back at Galaga Demon of Death for the NES again after 15 years and after about 4 times playing he's managed 1,160,760. He's now playing for the fifth time after 15 years and says it will take him about 17 hours to get 17 million which is the unofficial record on wikipedia. If anyone has the official record let me know.

We should have more records posted on this site with tournaments and what not to see who can break it or get the closest. I'm not sure how to set anything like that up but maybe someone knows how to. We can bring our classic's back!! but still have our modern's :)

I have the unofficial world record for the fastest time beating Pokemon Blue version. Though that was 2yrs ago so it might have been beaten, but I was a world record holder! With sadly no official people to check it T.T

Yeah picture's are the key or video hell both would be the best just to have something to verify it. But gamer's don't really care about records anymore which is fine there is enough competition about who or what's the best before people even start playing the games but it's also nice to have something to strive for (isn't this why everyone loves trophies?) after you beat a game. To be able to go back and play it with a new goal in mind is nice. 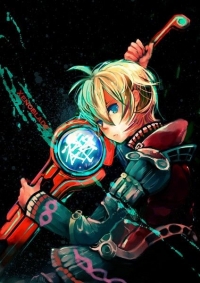 I had the record for fastest time to beat Ocarina of Time. A whole ten seconds. But nobidy was there to see...

Who cares, according to recent study, I'm above average in Penis size.  No pics to prove sadly.

The Metroid franchise has quite a competitive speedrunner community.

The shit these guys do is amazing.

Well he doesn't have the record yet for marathon which according to wikipedia is 15,990,000 or so. My cousins score was "hero 7" which apparently stands for 7 million, he had 7,348,740 with 37183 shots fired and 31620 shots hit for a 85.0% hit percentage. He doesn't have the record yet but he is getting there. He's just shaking off 20 years of rust. When he gets the record i will put the video on here and youtube for anyone that cares (which i don't think is very many) but what happened to trying to achieve to be the best we all need a little bit of competitive motivation to drive us to play our best.

He's got the record and here's the video for proof! it's a youtube video enjoy!