The great relativity... know your source.

Nah i dont think they will be sold at a loss, nintendo think one step further mostly then analysts do. Also nintendo has lost stocks, doesnt matter. Many people are gonna buy nintendo stocks when the big AAA titles like zelda and star fox are gonna be released.! In the end, aslong as we get quality nintendo games with alot of content and no bullshitting around. We will be all fine right!


jpm gives out bad information thats nothing new, they make the most money by crushing muppets...

What were you hoping to express here? You clearly don't actually understand what you are talking about.

In my opinion, and how I have interpreted things, the Wii U is not being sold at a loss. If you remember when the Wii U first came out, it took the sale of only 1 piece of software with the system for it to be profitable. It has been 2 years since then, manufacturing has been smoothed = lower costs, and hardware is now mainstream = lower costs. The Wii U is probably selling at a not-so-amazing profit line because of the price cut, but there is almost no way that it is still selling at a loss. I know a lot of people are down on the Wii U, but that is no reason to assume that it is still selling at a loss, Nintendo is very smart with their profit margin.

dang more nintendo problems now then they had in 2014

Nintendo would be crazy really. 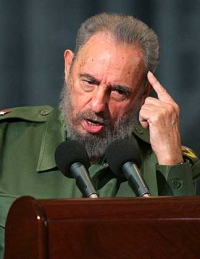 OP is most probably right and WiiU is still produced at a loss. Which is a catastrophe considering its price points and its time on the market.

However, the improbable best case szenario could be that the predicted loss in Q1 comes from production cost of a redesigned WiiU. In the end I came to the conclusion that it would be best to drop the gamepad and lower the price point significantly. (get rid of the expensive low latency technique!)

US bussines sites what you except, their reports are biased against any none-us company. Often times it turns out to be lies

The analysts cited in the article are all Japanese, lol.