Forums - Nintendo Discussion - is the new 3ds XL worth the extra cash and wait over the 3ds?

ive been playing some Smash and stuff today love that game more on the 3ds then i do on my WiiU, also i got a demo code from someone on Miiverse for Monster Hunter 4 after playing it....Yea its a must own for me. lol

Not sure about the XL as I haven't got one, I've got an old metallic red 3DS and my New 3DS is a regular size too, but the speakers and sound quality are an improvement so I can't see the OG XL and the New XL being any different. What do you mean by crosstalk..?

Compared to my metallic red 3DS almost everything has been improved. The only minor problem I have with it is the stylus. On my red metallic 3DS the stylus is made from both metal and plastic and is extendable but the stylus on the New 3DS is plastic and non-extendable. It feels kind of cheap in comparison to the metal one to me personally but that's no big deal tbh.

I haven't gone online with it yet because I don't want to update the firmware - it's on 9.0 so once Gateway sort out compatibility I'm going to be using it for Homebrew and update the EmuNAND to 9.4 once Gateway sort it out. I'm going to be using Homebrew because someone is working on a 3D media player that isn't crippled by having a 10 minute length restriction like the official one has and because someone has started work on porting Doom in 3D. Hopefully it's only a matter of time before someone starts work on a Quake port too, both of those games in 3D will be amazing, especially Quake - that's the best FPS game ever released imo. 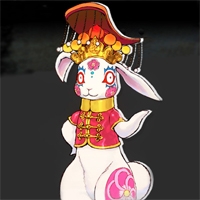 sounds cool. The og xl had pretty quiet speakers compared to the original so I wanted to make sure I wasn't going to be disappointed, but if it's better than the original 3ds I'll be happy!

Basically with the 3d on, games with a lot of contrast in environements like pilotwings, ocarina of time (the sages room is the worst place in the game) or the monster hunter 4 demo will look weird in 3d. It happens because the screen separates the two images using a filter that isn't totally perfect ; so the white part of an image meant to be seen by your left eye will still be kinda visible by your right eye if it's displayed "over" the dark part of the image meant to be seen by your right eye.

it's kinda hard to explain without an example though, so i went on youtube and found this :

it's a comparison between two og 3dsxl and it shows that the stereoscopic filter is better on the unit on the left. On my original 3ds the effect is pretty much like the xl on the right in the video, you can clearly see the crosstalk effect. How about your new xl?

edit: do you think the old stylus would fit in the new 3ds? Because I have a bunch of spare ones that i'd probably prefer using rather than the plastic one.

The new 3ds will be pretty sweet for smash imo. The second analog makes air combos a bit easier.

You should be using headphones or even plugging in external speakers over using the stock 3DS ones.

Yeah I know, I do that sometimes but I like the stock speakers on my regular 3ds. the old xl's are kind of a disappointement.