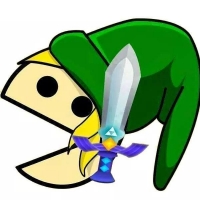 Hello people of the internet. I want you to express yourself like a well mannered user of vgchartz, and with great manners, why you dislike NINTENDO, SONY, MS OR PC. See, as fans and fanboys we have our favorite companies, we also can like other companies... but, there's that one company that we hate for any reason, or 0 reasons at all. With ->respect<-, why do you hate THAT company? Hey, you don't even have to mention the name, just express yourself.

I don't like Sony cause of the lack of support they are showing the Vita as well as some questionable game releases like DC. I don't like Microsoft cause they popularized mandatory payment for being able to play online and some questionable releases like MCC. Not to say either of those games shouldn't have been released, not saying that at all, but they should have been released with the online issues ironed out fully. I am also not much of a fan of a lot of their first party games but I do see why a lot of people love them.

Of course, that doesn't mean that I hate Sony and Microsoft as a whole. I love Sony's home console and I think they did a fantastic job with every iteration and I love Microsoft Windows and I will be damned if I ever use a Mac instead. So I guess I can't really say I hate those companies but rather, hate some of their decisions they have made

I don't hate any company. They all are doing stupid and shitty things.

The Glorious God Gamer Race in me says to enjoy playing the games! Although...I am tired of Mario and friends.

I dislike Nintendo for their poor support of Wii U. At E3 they promised third party support and many things. But people now have to satisfied with one game per month.
I dont like how Sony handled Vita. Same as Wii U situation. But things have improved a little.
I dont like Microsoft's attitude at Xbox One reveal and the DRM.

I don't dislike any of them. I have preferences for where i like to play (though that's related more to the games available than the brands themselves), but i think all three console manufacturers, as well as the PC market (Steam, Origin, etc), have their place in the industry. Sure they all make bad choices sometimes, but you can usually count on the others to set them back on course, or watch them burn for their mistake. I like how things are right now ^^

Now the fanbases of each platform... I dislike them all pretty much equally :p They're all as bad as each other. Fortunately things aren't usually that bad here. At least not compared to some of the other sites around *shudders*

those are reasonable reasons, I dislike sony because I want more Team Ico and LESS Naughty Dog and because they're pushing too much the cinematic experience, I dislike MS because Fable had great potential, just like Rareware smfh... I'm a Nintendo fanboy, but I seriously dislike Nintendo because I need more Eternal Darkness, Fatal Frame, Star Tropics, F-Zero etc etc... PC is my babe for the third party games tho lol

I don't hate any company related to gaming. They all do things to piss me off as a consumer and fan of their products, but nothing to make me perpetually hate them. I mean, Sony has done really dumb things recently, like selling a new Walkman for $1200, but I don't hate them for it.

I have nothing against any company or how they decide to run their business. Because as companies, their purpose is to make money so that their employees can have food on their tables. What I absolutely despise is the widespread ignorance of Capcom, Activision, EA, Ubisoft, Microsoft and Sony consumers who will buy anything that they produce without giving any thought to whether or not rewarding their business practices is harmful to the video game industry in the long run.

Day 1 DLC, early buyers acting as cheap testing departments, "exclusive content", locked on-disc content, annually paid online, remakes made in secret to have people double dip. All of this could have been avoided if people stopped supporting these companies once problems arose, and made serious effort to put an end to it similarly to how they dealt with Microsoft's DRM scandal. But they didn't, and these companies now have no reason to better themselves since they still have the consumer's support.