Also, what exactly is Blue Toad Murder Files? According to IGN it has like six parts.

It's a murder mystery game that comes out in installments (sort of like Strong Bad's Game for Cool People, Tales of Monkey Island, Siren: Blood Curse, and I'm assuming Sonic The Hedgehog 4). I'd just list "Blue Toad Murder Files" and write that it's episodic. The first 2 "episodes" have been released in Europe and 3 is on its way soon, whereas U.S. is just getting the first 2 episodes this March.

It's a six episode 'who dun it' game, where you can play with three others to solve a mystery (a murder or whatever). You pass a single controller around, and you take turns solving puzzles. You have to pay attention to what's going on and gather clues, and when all is said and done, you each have to try and guess who the guilty person is.

Each episode is about an hour, but they have little replay value, so make sure you play it with family and friends the first time around. It's basically like watching a TV show where you catch criminals (though much more like the british ones, not CSI and the likes).

I really want them, but I haven't really been able to justify spending the money yet.

They'll probably just bundle them when all of them are officially out.

Probably. But buying six episodes of a game you don't know if you like is a bit excessive, when two or three episodes would be much cheaper

I've added MotorStorm 3 to the 2011 list, even though it is conceivable it may be a holiday 2010 release.

Though I find it doubtful with both Gran Turismo and Twisted Metal on target for this year. Plus I get the feeling they want to give the third game more time to bake than Pacific Rift.

Haven't gotten around to finding screens or anything for the murder miystery yet, but I'm working on it. 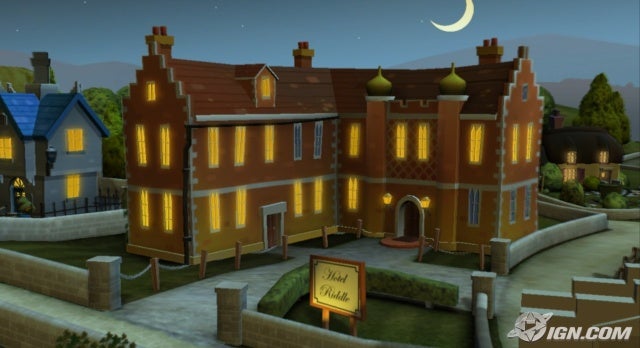 I'd go with that one. It's murder mysteryish enough of a look to it without looking like a professor layton ripoff. :P

What you say makes sense, but Motorstorm games are never going to do big numbers (first one aside, being a launch title) so I don't think it would be fiscally prudent to spend more than 2 years developing a new iteration.

I expect a reveal at Destination Playstation 2010, with an October release date.

You're one of the few people who seem to realize that the only reason why the original MotorStorm sold the gangbuster numbers that it did was not because it was heavily bundled (Though that certainly didn't hurt) but because it was a launch title in Europe and one of the only 2-3 exclusive games worth a damn in the PS3's first 6 months on the market.

That being said, I think MotorStorm 3 is a game that would be much more successful if it was released during the off season such as in Spring or Summer where it has little competition (Much like the original MotorStorm had) rather than release in the fall or winter when more people are buying games, but nobody willing to let go of $60 for a off-road arcade-style racer over a Call of Duy, or an Assassin's Creed type of game. Plus, if all goes according to plan and the game sells decently enough during the spring/summer for a Greatest/Platinum Hits release, Sony could release that during the holiday for $30 enticing more people to pick it up that they otherwise would have.