Forums - Gaming Discussion - Did Anita Sarkeesian fabricate the death threats made against her on twitter?

You should just ignore this woman if you don't care for what she says.

I implore everyone to stop supporting feminists.

There are college courses that my tax money is funding - Professors, scholarships... "research"... etc.

There are SO many problems in this world right now. And there is SO much economic stress. And then, when you actually confront these so-called academics who are contributing NOTHING to the economy...

And I do mean nothing. Humans need food, water, electricity... engineers, laborers... suppliers of SOMETHING tangible. These people are sucking you dry and you don't even know it.

A feminist is someone with daddy issues.

What do I mean by that? They have never experienced a strong male figure in their life. They have issues. Like most of us sure, but the difference is that they are sucking the economy dry and not contributing anything.

I'm about to generalize here - and for that I'm sorry (not really).

If you are a male gamer who is obsessively trying discredit Sarkeesian you are terrible. For those criticizing her tone... grow up. For those who claim she isn't a gamer (probably not true), it shouldn't matter whether she is one or not. The pure insanity in comment sections and threads that this woman inspires is more evidence than any video she could make that we as a culture have an issue with respecting women. That's it. I'm not saying you have to agree with everything she says. I'm saying that all these immature attempts at discrediting her are unproductive to the actual REAL issue at play here - which is how we portray women in games, movies, television and more. This is a completely valid thing to discuss. And it shouldn't matter who is inspiring the topic, just that it's happening at all. Everything else is a distraction. If you have spent anytime on the internet starting threads like this one you need to take a hard look at yourself. Treat the women in your life with respect. Do I have to get your mother in here to scold you all? Because based on the comments it seems as if everyone is between the ages of 14-16.

For all of you young-ins reading this thread.  Look at Richard_Feyman's comment here. Is this how you want to sound? Like a bitter lunatic? Probably not, right? Don't idolize this kind of craziness.

We should ALL be feminists. There are real issues that half the worlds population deals with. Violence, unequal pay, etc - it all starts with the attitudes we put out into the world. It's not "us vs. them".

Oh yeah, men are to blame. 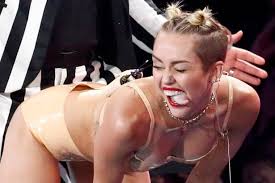 There is truth, and then there is political agenda. This woman (Anita Sarkeesian) is raking in tons of cash due to her fraudulent appeal to your sympathies. The FACTS are: MEN mostly play games, and MEN mostly enjoy programming as a career. Hence MEN mostly play videogames.

She nitpicks the hitman scene and it's absolutely disgusting how she gows about it:

But OH SHAME, we can't use logic on a poor woman can we? No no no, that's reserved for bashing religion.

It is true that she has been the abused, but that doesn't make her right. That doesn't give her the right to take money for contributing nothing to humanity. She's a scammer. If you're unlucky enough to have a girlfriend who is doing gender "studies" as a major, then there's no point in communicating with you, but if not, then for heaven's sake just call a spade a spade.

She is capatilizing on the videogame community. You know she is.

Go join your left-wing liberal friends and start giving hand outs to everyone you feel sorry for.

And say goodbye to the 1st world.

Which is built on strength and economic independence.

This reality will face all of us soon. Almost everyone here is in a 1st world nation and literally everyone one of those countries will have to confront your ethos very soon.

"Is this how you want to sound?"

Yes. Cold. Hard. And logical. That's how I like it. Fuck people's feelings.

"We should ALL be feminists"

Go look aT this you silly man:

You never point your judgement at Islamic countries that fundamentally uphold these things, but instead you aim for the Western world that has been the very beacon of freedom for women.

In my opinion that is insanity.

Attacking the free-est of the free civilizations for "not giving enough". For heaven's sake man, I know millionaire women and women in high positions and... and... and....

The German chansellor is a woman. There are female politicians in America (though Hillary Clinton is rather un-heroic) and... America and Europe are offering women more than every before. PLUS they are actively trying to improve.

What on earth more do you want? Go protest in Saudi Arabia where someone was (statistically) stoned this week for being raped.

you can quit the patronizing attitude. no one is criticizing that snake oil salesman because she is a woman. the criticism comes directly fromt he fact she conned people out of 100's of thousands of dollars to make a handful of videos on youtube accusing games of creating sexism while having absolutely NO FACTS OR STUDIES to back up her claims.

i resent your implication that a person disagreeing with a con artist means they treat the women in their life without respect.

let's try it on you, shall we?

well, you believe that we are wrong to not consider ourselves feminists... I guess you should stop kicking dogs in the street. Do I have to get your father here to scold you?

do you like this type of argument? no? so next time stick to the point and stop strawmanning other people's positions.

on the point, i consider myself a humanist and egalitarian. maybe read up on it a bit next time

I dont know much about her, but arn't your replies just as bad as the people who criticise her? I mean what if she was a fraud (not saying she is, I know very little about the whole subject)... I totally condone the threat of violence etc, but what if this was a frabrication to make money, considering there have been suggestions of fraud before apparently.

All i am saying is there are two sides to the story, both sides not being open to the posibility of the other being right, always leads to problems.