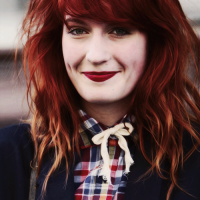 Was expecting a better OP for such a lengthy thread, all I got was a bunch of cliches.

That is what I said. It wont change the fact that its only about Mario, Zelda, and Pokemon.

You do dthe same thing every Nintendo troll does complain they only rehash while sporting and buying rehashes from other companies. You're a hypocrite.

It also won't change the fact that you called every game that Nintendo made since the GC era "mediocre."  If that was not what you meant then you should edit it, otherwise people will call you on it.  If this is only about Mario, Zelda, and pokemon then you should include that in the title, and not mention super smash bros.  Also mario kart is kinda a gray area.

Again, I didn't say every game. Mario, Zelda, and Pokemon are in my humble opinion is the mediocre games, but I edit it as requested.

Didn't you know? He just got out of a coma from 1995 last two games were FF VI and chrono trigger. He's really hyped for XV but I'm not sure if we should let him know what's gone down since

There are like 5 different 2D-platformer series in the Mario universe and all of them play quite differently ( Yoshi´s Islands vs. NSMB vs. Wario Land vs. Donkey Kong )

There are 2 destinctly different RPG series.

Saying in a roundabout and lazy way that all of them are mediocre is a terrible way to make a point .

Yep I know it's harsh but most of what he said is somehow true. I will never become a Nintendo Fanboy, but when you look at sport - everybody knows the only real Sport in the World is Hockey but as said before everybody knows that - you'll Never convince a Bruins Fan to become the biggest Hab around.
So actually i am a Xbox Fanboy ( i own a PS4 as well) and i am unable to become a Sony Fanboy.
To be a Fanboy is by the Way absolutely o.k. - i love People Talking Care of stuff, even they get Mad at Times.
We have already enough Fish following the rivers down.

What you said was ambiguous.  But the topic is about why you don't like Nintendo, and even though you gave us like 8 reasons, if you actually just mean Nintendo makes mario, zelda, and pokemon games and I don't like them then it's no wonder why this thread is so long....lol

Which btw, game freak makes pokemon and Nintendo has little control over them.  So really, your beef with Nintendo should just be between Mario and Zelda.  And to not like a company because they make 2 IP's that you don't like is silly.  It's like someone hating Sony or Microsoft because they made infamous and uncharted, or halo and gears of war.