With all the meltdowns and downplaying here you'd think that Mario Kart just released in Japan.

Anywho, hopefully this put to rest any notion of the Wii U achieving any level of graphically fluidity with the PS4/XOne, I mean a game that was built from the ground up, on hardware that is 18 months old, is achieving less than games in the same genre, prior gen with hardware that had less resources.

Well I've seen and played this game already, and I can say visuals were great.

honestly its not that much to make a difference and that is not even the point of this thread. When it was rumoured to be 1080p people cared...a lot. Now that its confirmed that was BS all of a sudden its not important. Hyporcrisy

Nonetheless, as far as visuals go, It would be a better comparison between LittleBigPlanet Karting and Mario Kart 8, in which case, such a comparison will show why the WiiU is a more modern and more capable console.

One more proof that MK8 is not the best MK ever. 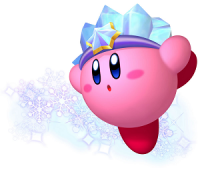 I have to say, after playing the demo, the game really isn't that great looking to be honest. Did the game go through a downgrade from last year's E3 or something? I thought I remembered it looking really great back then for some reason.

one would hope, but the usual suspects have been quiet. I imagine some will disappear soon.

"""Alot of people obviously do, why do you think that whole 1080p rumour spread so fast? You were also in that thread calling people salty for downplaying the graphics, but now you're here pulling the "who cares"-card and talking about how it should be about fun+gameplay only."""

I was referring to your earlier comment, in which you were wrong. I always didn't care if a game had "these specs" as long as a game is meant to be fun.

Ok, as for Downplay, your right in a sense, you didn't (this time) say it was bad graphics/etc, your getting at hypocrisy (which im not obviously appart of, and why i responded with my earlier comment) which in a way get addressed that many were wrong.

That said, i made the mistake of not addressing wat i said about your downplaying, wat i meant by that was you seem soooo excited to get on the backs of nintendo fans and ride them into the ground. It happens on both side cuz i see the same happen with the vita (most cases with wiiu). You have the urge to go all out on alot of nintendo discussions and sales. Thats wat i meant. I go into detail but thats too much

It looked good because 3DWorld looked bad. That bad.