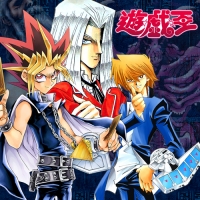 the eff did all these nintendo people just come from? o,o I kid I kid!

Nintendo is a monster this month, despite the general drop in points from last month. The top 4 skus are all published by Nintendo, thanks to Square Enix's refusal to localize a certain 3DS RPG themselves.

Speaking of RPG's, here's the current ranking for the top of the bunch:

I find it very strange that a new main series Final Fantasy title is #5 on this list, and that despite all the hubbub about the JRPG declining, .the first WRPG is at #7 in this little ranking. Also, note that the RPG's are spread across a number of platforms.

Other thing to note:

Hyrule Warriors is already becoming pretty anticipated, with 11 points since two days ago, beating out any Vita games. I expect it to get something like 15 to 20 points next month, which would probably be a record for a Warriors game here. ESPECIALLY on a single platform.

Other things of note include Kirby disappointing me personally, the 360 coming back for an encore poor performance, and the continuous 3-way battle for dominance between the Wii U, PS3, and PS4.