An honorable mention goes to Spyro: Year of the Dragon which I never fully completed. Next year!

When a game spans multiple consoles, only those I played the game on are mentioned. Also, the one eligable for the entry is then in bold. The year of release is based on the PAL releases of the original game, which usually only really makes a difference in older games.

Also, the list is spoiler-tagged from the relevant day down. Smeags can look for his calculations, but no-one else! The veil is lifted each day game-by-game.

I started gaming during the latter part of the SNES days, but played enough of (especially) the NES age and the 2600 age to know what I'm talking about. Even though 50 games is a tiny amount given the number of games I would find worthy for inclusion in this list, I think that most platforms over the years will be adequately represented.

These are the games that didn't make the cut. All great games on their own, just not great enough.

Note: 50-21 will be hard to put in exact order, so I'm just going to wing it. Also this is my first year doing this.

Here is the list.  Obviously, it is only based on games that I have played.  I am primarily a Nintendo console gamer, and that is reflected in the list. 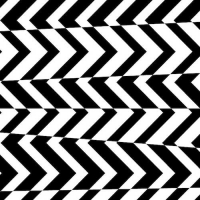