In the trade, this kinda nonsense is what is referred to as peer-pressure reporting. Meaning that they are either paid, or just plain have no idea and must because they are paid to, so they succumb to the lure of past predictions in the most exclusive sense. Nice figures to say the least. I love to know where they're getting their stat samples from considering direct sales figures only come bundled quaterly...

I am guessing that the PS3 will garner the most market share towards the end of 2007 entering into 2008 but thats all it is.. a guess. Some of these analysts also were chomping at the bit to declare the gamecube a winner after such a disappointing PS2 launch. I do not belive any of them.

Great another "well researched" report from an analyst. Only a fanboy would think the PS3 winning this generation is a foregone conclusion. Even Sony fanboys are starting to waiver. Analyst were still predicting that the PS3 would sell 4.5 million units by the end of 2006 after Sony had dropped its target to 2 million. As for the PS3 having "more exclusives", I find that highly unlikely. PS3 exclusives continue to come over the 360 at a rapid pace and I can only think of one 360 exclusive, {EM} Enchant Arm, that is hitting PS3. With MS maintaining their exclusives while pilfering the PS3's exclusives, how are you coming up with the PS3 having more exclusives? As for the pricing issue, Sony is screwed. MS and Nintendo are making a profit off of their hardware NOW. Sony is losing over $200 a PS3, this is occuring while they are selling at a higher price. They'd have to significan't reduce the cost of producing the PS3 just break even at their current price level. This is going to dog them all year long. When the holiday season does roll around, MS and Nintendo will be dropping their hardware prices and STILL making a profit. Sony will be hard pressed to drop the PS3's price at all. If they do, they will be losing money not profiting like their competitors.

The Wiis will start collecting dust, as many people have noticed that about their DSs. With a lot of people who own DSs and PSPs selling off their DSs because they don't play them anymore. (I personally know two people that have done this) have you seen DS sales? they are selling like crazy. i also know two people who sold thier DS's, but i know about ten people who bought them.

sieanr on 10 January 2007
AmishGarmish: Well, will you please list some of the ones that say the PS3 won't win?
Well, if I must Piper Jaffrey Saying the 360 will win, although this is fairly old(which is no different then several of your links, so I'm just using this as an example) Buisness Week claiming the PS2 will handedly outsell the PS3 in 2007 and beyond. This is fairly recent, and although not necessarily saying the PS3 will fail, it is exemplary of how analyst can pull anything out of their magic hat of "predictions" USB Predicting both the PS3 and 360 will do well, but with the 360 maintaining a lead. I can find more, including ones predicting a Wii victory, if you'd really like me to do work for you. However, I put allot more stock in what developers and people actually in the industry say, which is predominately predicting 360 or Wii victories. Reports like this and this. AmishGarmish's links; Datamonitor Research and Markets The above two links are about the exact same research report titled 'The Transforming Global Video Games Market: The Emergence of Next Generation Gamingâ€. Yankee Group This story also has a link to an analyst who states "We believe that under Kutaragi's techno-elite PlayStation 3 strategy, the PlayStation 3 could end up with a market share more resembling Apple products [in the PC sector] as opposed to the dominant PlayStation 2 market share." The story also says that the 360 and Wii will dominate their respective markets. Why did you ignore this? Wedbush Morgan This is from 2005, well before anyone knew about the $500 bomb. This guy also thinks the 360 and PS3 launching at the same time is very likely, and guesses about both systems feature set. Needless to say, I think this report is pretty irrelevant. In-Stat This is also from march '06, well before E3 and the final price.
AmishGarmish: Here's one that says the Wii will win: VIDEO ON GOOGLE!?!?!?!?!?
Funny, yesterday you mocked this prediction by saying "at least they tried, lol", but now you've edited your post. Maybe you realized mocking the validity of some analyst is hypocritical and destroys your credibility?
AmishGarmish: It would be extremely hard for Sony to make 18.5M PS3s by the end of the year, but we'll just have to see.
It'd be even harder for them to sell 18.5 million in '07
AmishGarmsih:Analysts also thought that the PSP would win the handheld war (They didn't count how Nintendo has owned that market for nearly 20 years), and look at it now. But now a lot of analysts are thinking that the distance between the PSP and DS is going to shrink in the coming years.
Actually all the analyst predictions I remember reading did take into account Nintendo's history of hand held domination. If they were wrong before why would they be trustworthy now? I'd like to add that the "analyst" were almost uniform in their belief that the PSP would crush the DS. And why did you bring up predictions that the PSP would chip away at the DS lead?
AmishGarmish: And Merrill Lynch said that the PS3 would cost $800 to make in spring 06 and would drop $320 in one year, but they said around that time that the PS3 would sell for $800 for two years. (They seem contradictory to me)
Not true. They do state it will cost approx $800 to produce(that is inline with most cost estimates). However, no where in the report you linked to did they say it would retail for that amount - they have never stated that it will retail for $800, and in November '05 they predicted the PS3 would retail for $500. Here is a link detailing the Merrill Lynch report that has thus far proved accurate in it's prediction of supply problems and the unlikely prospect of Sony shipping more than 2million by the end of '06. Also, many have predicted that the PS3's price would remain constant for some time after they cut production cost, much like how MS is now selling the 360 for profit. Additionally Merrill Lynch said it would take 3 years to get down to $320, not 1 year as yu stated, again your facts are wrong.
AmishGarmish: Well, we truly never know what will happen until the time comes, but when there is an overwhelming support of one console (most say it will be close), you can't just let that information pass.
There is far from a uniform opinion, and analyst have been far from right even when they are all practically in agreement(see PSP) If you aren't a fanboy, then your sure doing a good job acting like one. 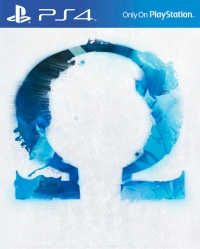 PS3 will win, and you know it.

Erwin traveled back in time.

Idk what the hell happened here, but it didn't win, I don't see the point :P